4 Brands That Make The Most of Artificial Intelligence

There are three big questions about artificial intelligence and its impact on society: What can it do? Where is it going? And how fast will it spread?

Experts are working to definitively answer each of those questions, but there is no doubt that AI will be transformative. McKinsey estimates that up to one third of the American workforce will have to switch to new occupations by 2030. Its projection ranges from 16 million to 54 million, depending on the pace of technology adoption.

Those figures are unsettling, but AI does not come without a plethora of positives. Already in use across a broad spectrum of industries, many companies have found valuable functions for AI.

Here are four such brands using artificial intelligence (AI) to make the world a better place.

As part of its quest for global domination, e-commerce giant Amazon has opened an AI-powered convenience store in Seattle. The premise of Amazon Go is simple: to eliminate everyone’s least-favorite part of the shopping experience, checking out.

With ceiling-mounted sensors and cameras backed by artificial intelligence, Amazon is able to track every interaction a customer has with a product. It knows exactly when a product is picked up or put back. Go works like a physical manifestation of Amazon’s 1-Click checkout, where you “click” by taking an item off a shelf.

When a customer walks out of the store, they are charged for their haul via the Amazon Go app.

Store shelves are primarily stocked with packaged and pre-made foods. There are Amazon meal kits, sandwiches, snacks and basics like coffee beans. There is little in the way of fresh produce, probably because tracking meat and other items sold by weight is tricky without a scale. To counteract this, the company may eventually look to sell everything on a unit basis.

There are legitimate fears that as many as 2.3 million American cashiers could be impacted by AI. However, Amazon Go and other automated stores would create substantially higher demand for the engineers and computer scientists who design such systems and for the technicians who install and repair them. Furthermore, store employees are tasked with other duties such as restocking shelves and helping customers troubleshoot any technical problems.

Go is the latest development in the company’s seemingly unstoppable push to minimize friction in retail transactions. Amazon’s plans to expand the store beyond Seattle are as yet undetermined. For now, customers may want to watch their purchases: Without having to checkout, it’s easy to overspend.

Competition in the autonomous vehicle market is heating up. Ford recently announced plans to invest $1 billion over the next five years in Argo AI, a startup formed in December that is focused on developing autonomous vehicle technology.

Ford is just the latest company to offer or develop autonomous features for vehicles. Tech companies such as Apple, Google and Uber already compete with car companies like Audi, BMW and Tesla. However, recent reports indicate that one company has left the others trailing in its wake: General Motors.

Some might consider General Motors a visionary – in 1956, the company produced a musical short which predicted self-driving cars in the distant future of 1976. And although GM came up short with its prediction, it now boasts the world’s first mass-producible driverless car.

Kyle Vogt, CEO of the General Motors-owned self-driving car startup Cruise, wrote in a blog post, “There’s no other car like this in existence.” And he says it’s the first car that’s ready to be produced at scale once the software and regulations are in place.

In the meantime, GM can boast another first: thanks to an agreement with New York State, GM will soon become the first company to test self-driving vehicles in New York City. Tests will take place in a geofenced section of lower Manhattan, following existing trials in Arizona, San Francisco, and GM’s home base Michigan.

Evidently, GM’s self-driving rivals have some catching up to do.

Will AI transform television? It already has.

Binge-watching behemoth Netflix taps into massive pools of viewer preference data to build algorithms that recommend new viewing material. These algorithms then leverage AI to learn what viewers enjoy most. And it appears that viewers are addicted to this data-driven offering: Netflix is adding around 12,000 subscribers in the US each day and over 56,000 subscribers per day in the rest of the world.

The company uses AI algorithms to review each frame of a video and compress it only to the degree necessary without degrading image quality. Previous technology compressed the entire stream but created unclear images. Therefore, by matching the compression level to the scene’s content, action-packed scenes get more bandwidth.

This method, called the the Dynamic Optimizer, not only improves streaming quality over slower speeds, but also tailors content for customers that view Netflix on tablets and phones, as is the case in emerging markets like India, South Korea, and Japan.

With viewers in such far-flung locations as Antarctica, “Netflix and chill” seemingly has no limit.

“If you fall behind, catching up isn’t an option.” This sentiment was echoed by Tommy Hilfiger at the recent NRF Big Show conference in New York. The designer was discussing the fast-moving nature of fashion and the ways in which his namesake brand stays ahead of its competitors.

With this in mind, Tommy Hilfiger has begun to add AI to its creative process. The brand recently announced a partnership with IBM and The Fashion Institute of Technology (FIT). As part of the “Reimagine Retail” project, FIT students were given access to IBM Research’s AI capabilities including computer vision, natural language understanding, and deep learning techniques specifically trained with fashion data.

Those tools were then used to decipher real-time fashion industry trends, customer sentiment around every Tommy Hilfiger product and runway image, and themes in patterns, silhouettes, colors and styles. This information was filtered back to the student designer on the other end, who could then use it to make informed decisions around their design.

This process allowed the students to eliminate repetitive tasks by answering questions about past styles and current trends almost immediately. 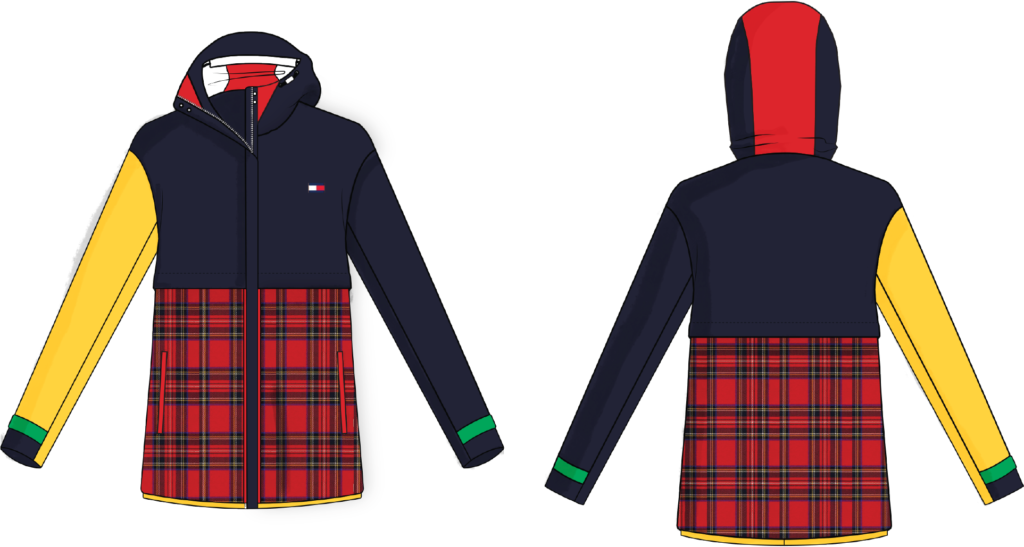 FIT student designer Grace McCarty won the design contest hosted by IBM and Tommy Hilfiger with her Tommy Hilfiger-branded raincoat. The contest asked students to design a product they thought could fit into Hilfiger’s range using AI and wearable technology.

This collaboration highlighted the immense potential of AI in fashion design. In this instance, AI isn’t used to eliminate the creative process, it’s used to complement the process.

Countless researchers and think tanks will continue to analyze the pros and cons of companies using artificial intelligence. At this moment in time, companies are showing the world what AI can and will do. However, technology itself is only one ingredient in determining the trajectory of AI. Economics, government policy and social attitudes will also play their part in the influence of AI technology.

The future of AI is uncertain, but a new chapter is written in its story every day.