On March 8th, millions of people all over the world celebrated International Women’s Day by recognizing women’s achievements and voicing their support for women’s rights on Twitter.

Additionally, in honor of the International Women’s Day 2020 campaign theme #EachForEqual, we asked global employees in different countries and departments to explain what equality and women’s day means to them. 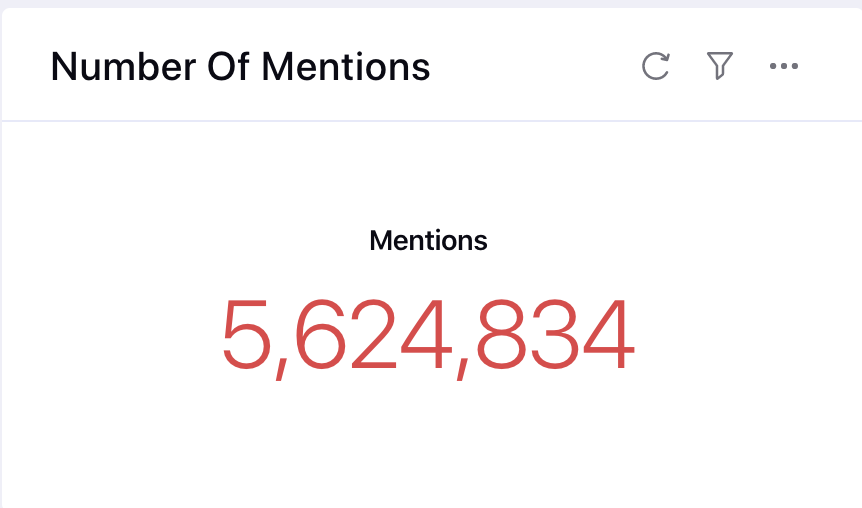 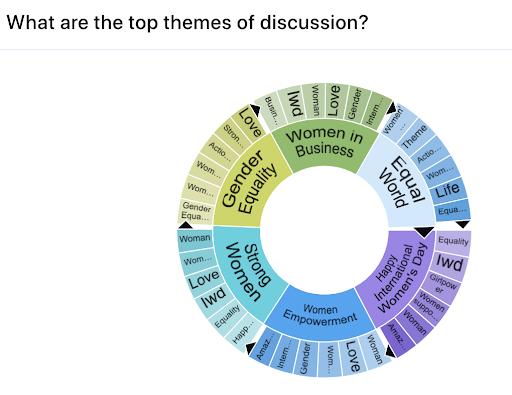 The volume spike of International Women’s Day mentions occurred on March 8th from 9-10am PT. At this time, many people were using the main hashtag #IWD2020 to voice their support.

There was also huge surge in people Tweeting the hashtag #8M2020 this year, which was created by Chile’s largest feminist advocacy group, La Coordinadora Feminista 8M. It was used heavily by people Tweeting from Latin American countries where hundreds of thousands of people gathered for marches in support of International Women’s Day and gender-related issues such as legal abortion, an end to domestic violence, and greater equality in the workplace. 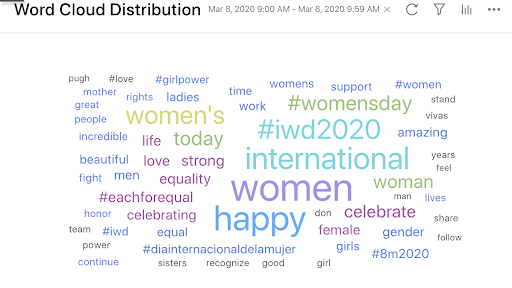 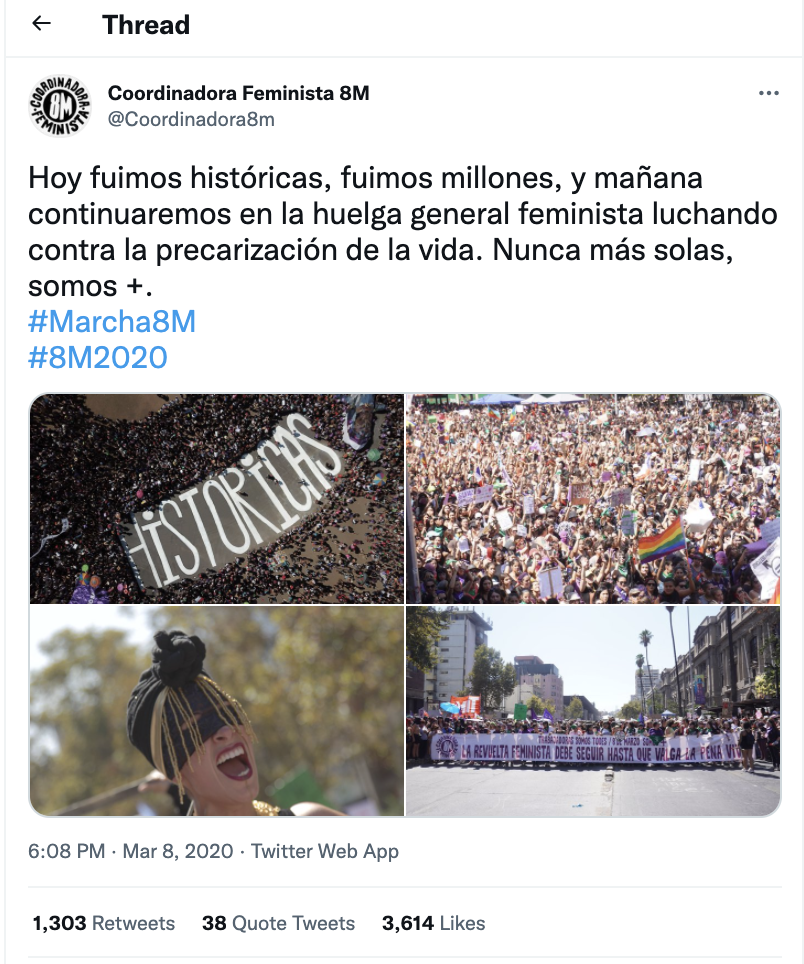 What Equality Means to Sprinklr Employees

We asked employees from a variety of regions and departments to explain what equality means to them and provide advice for women looking to rise through the ranks in the workplace.

Catie Hoffman, a Sprinklr managed services consultant based in Germany, explains her definition of equality. 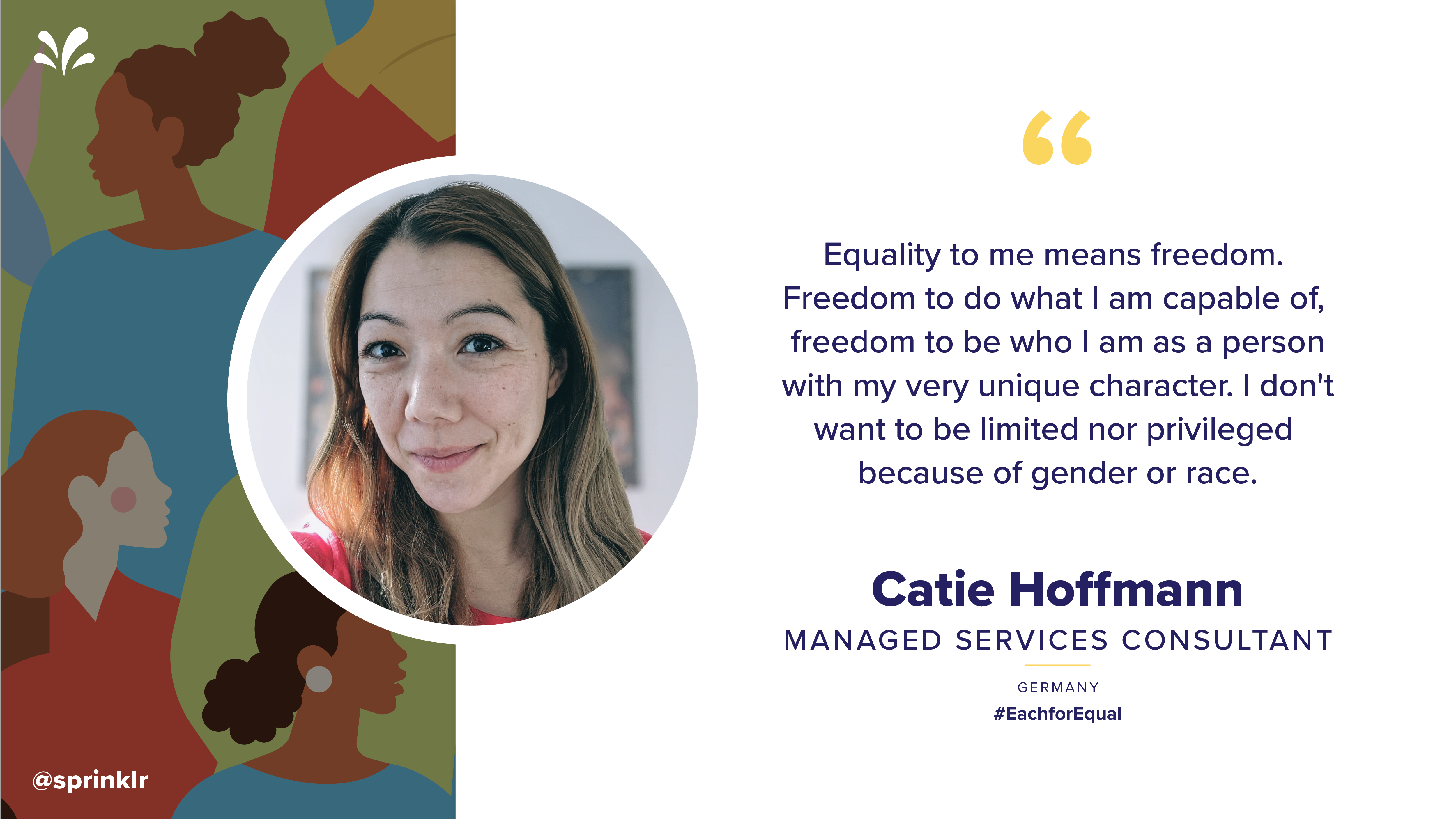 Bridget Murray, a Sprinklr global incentive compensation analyst based in NYC, strikes the #EachforEqual pose, part of the International Women’s Day campaign that gives people a visual, unified way to fight for equality. 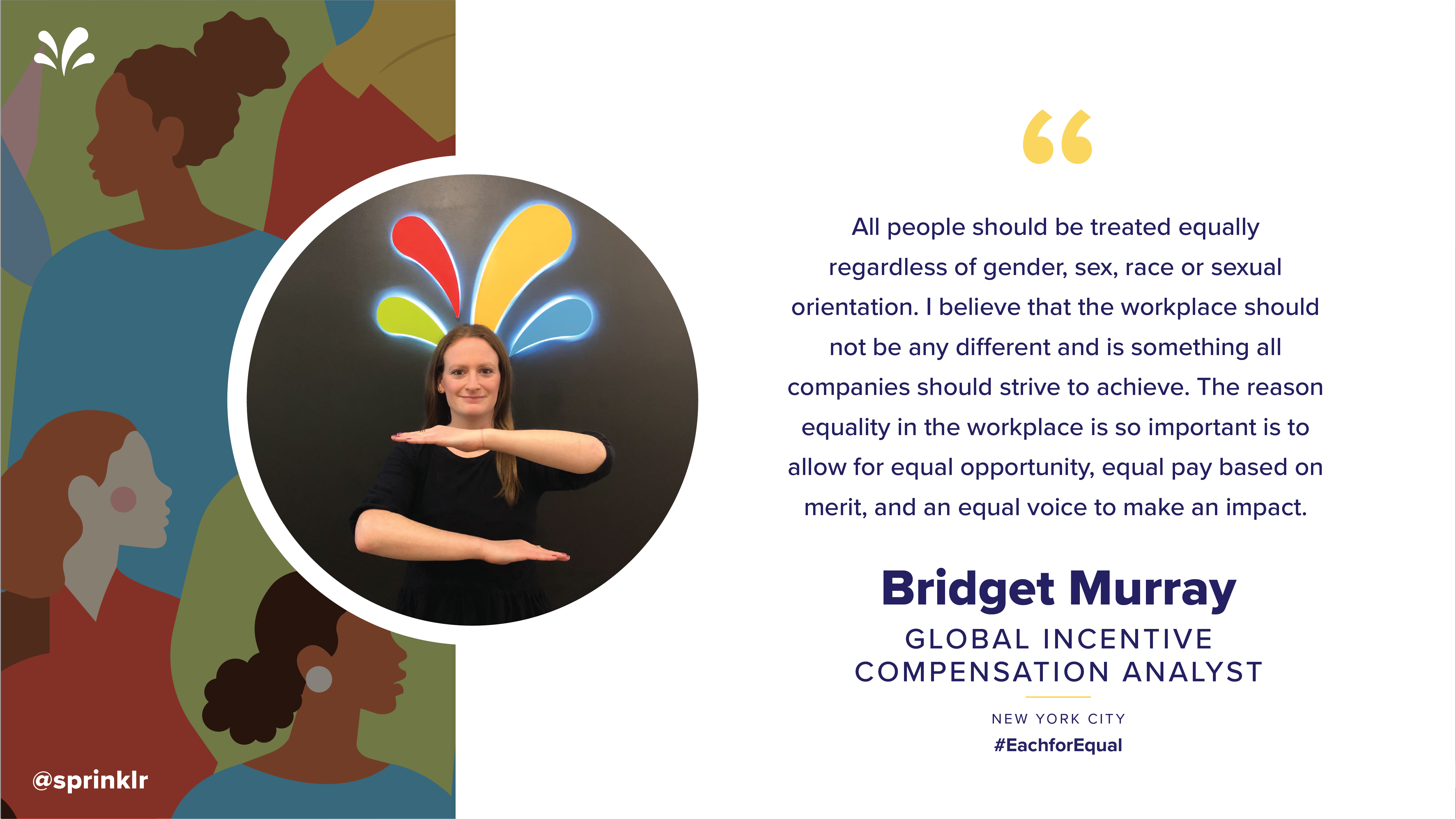 Ankita Agarwal, a Sprinklr content writer based in Gurgaon, explains what International Women’s Day means to her and how it honors women. 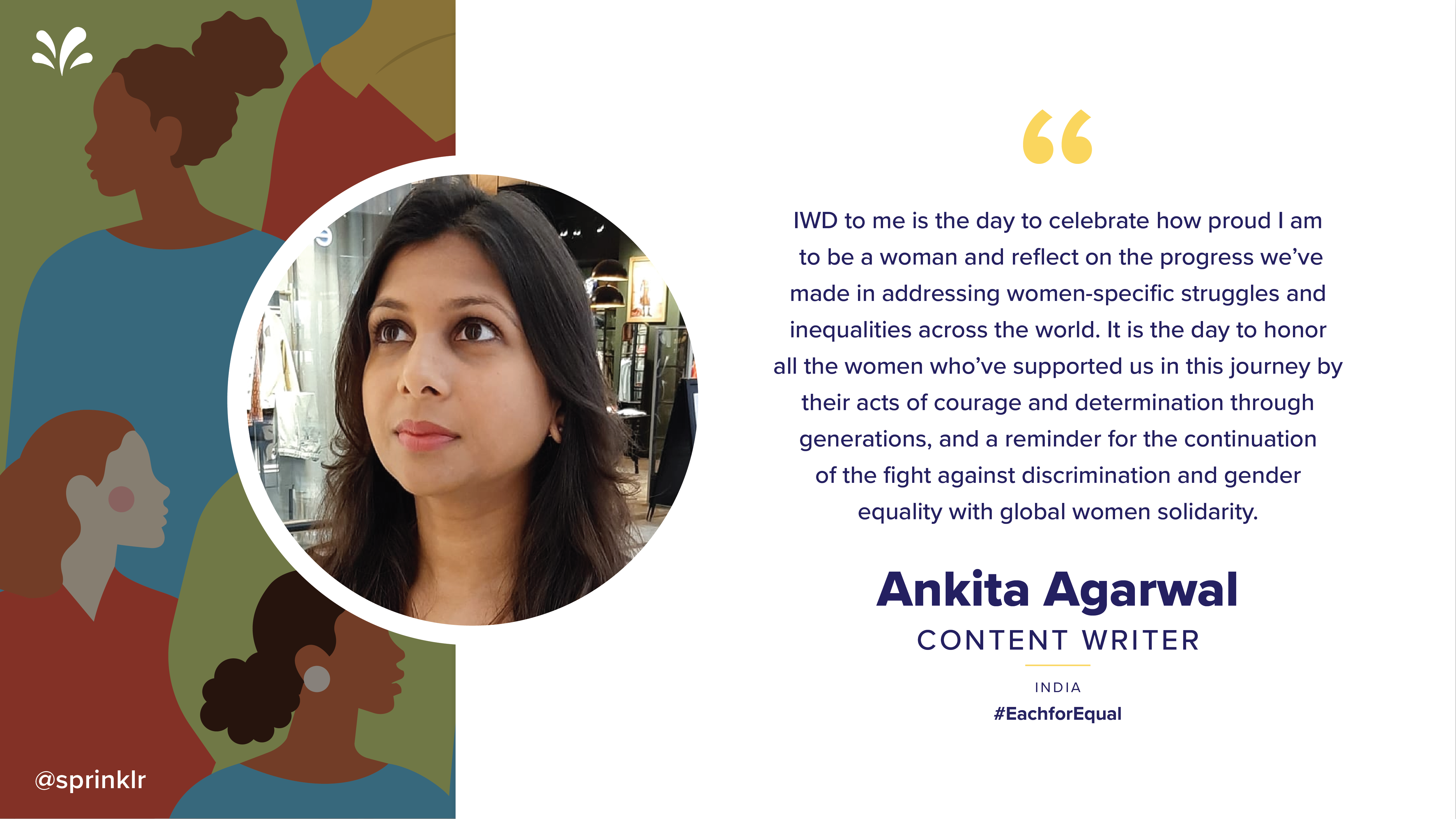 Yoli Chisholm, Sprinklr’s VP of Marketing based in NYC, provides advice for women who want to excel in the workplace. You can also check out Yoli’s thoughts in Twitter’s International Women’s Day video here. 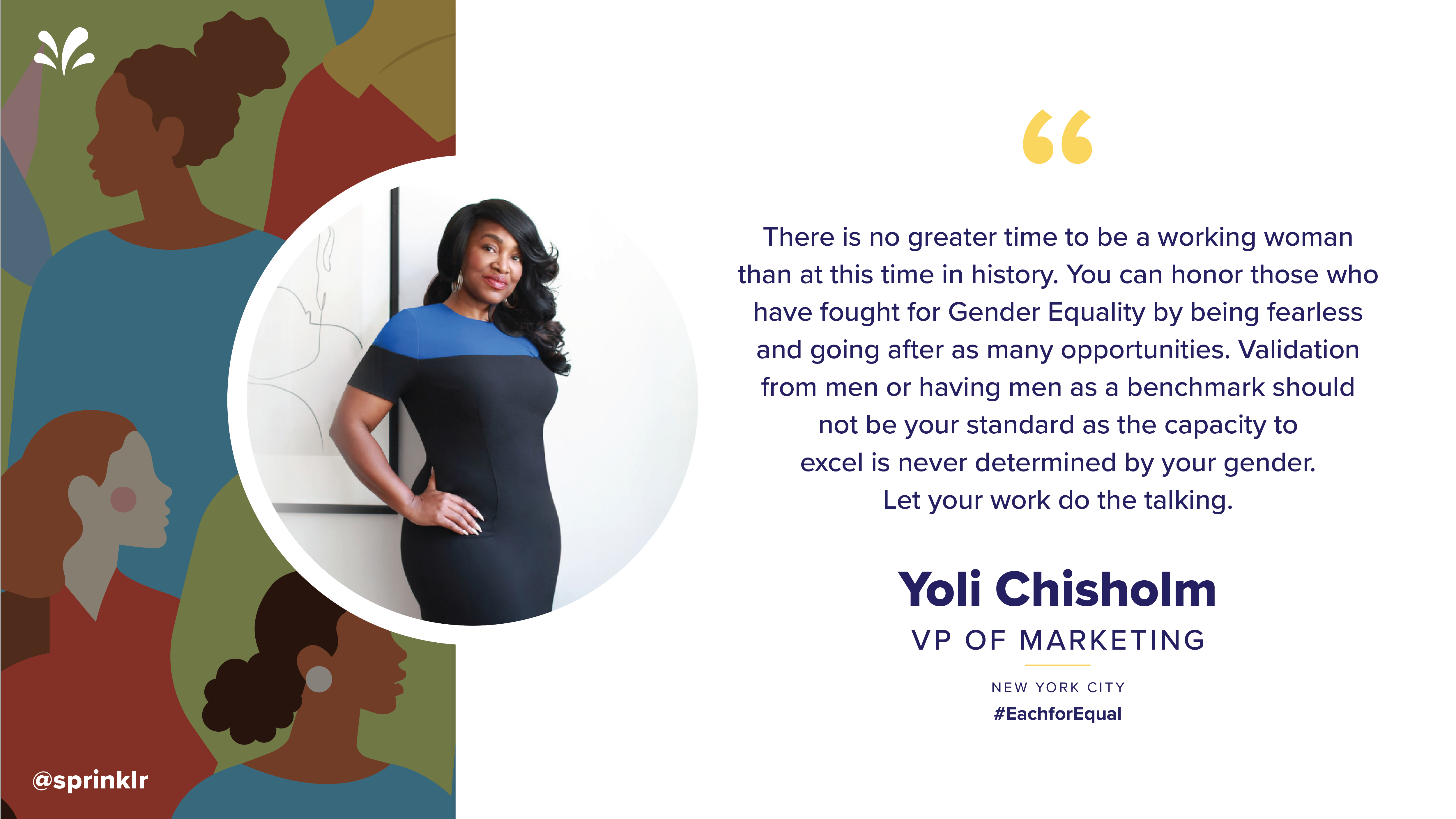 Diane K. Adams, Sprinklr’s Chief Culture and Talent Officer based in NYC, explains what International Women’s Day means to us at Sprinklr. 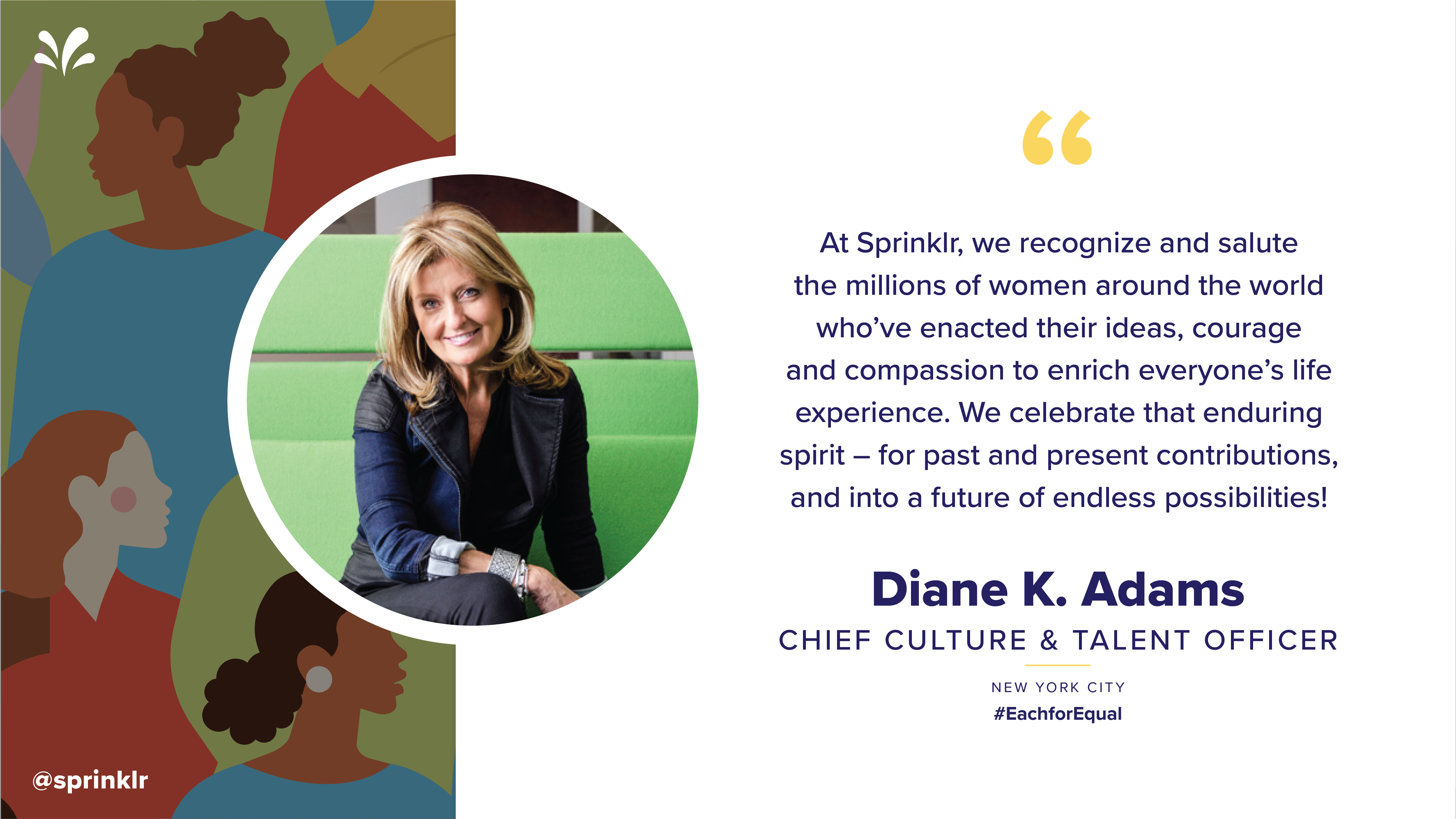 Miki Yamamoto, Sprinklr’s Director of Culture and Talent based in Japan, provides her definition of equality. 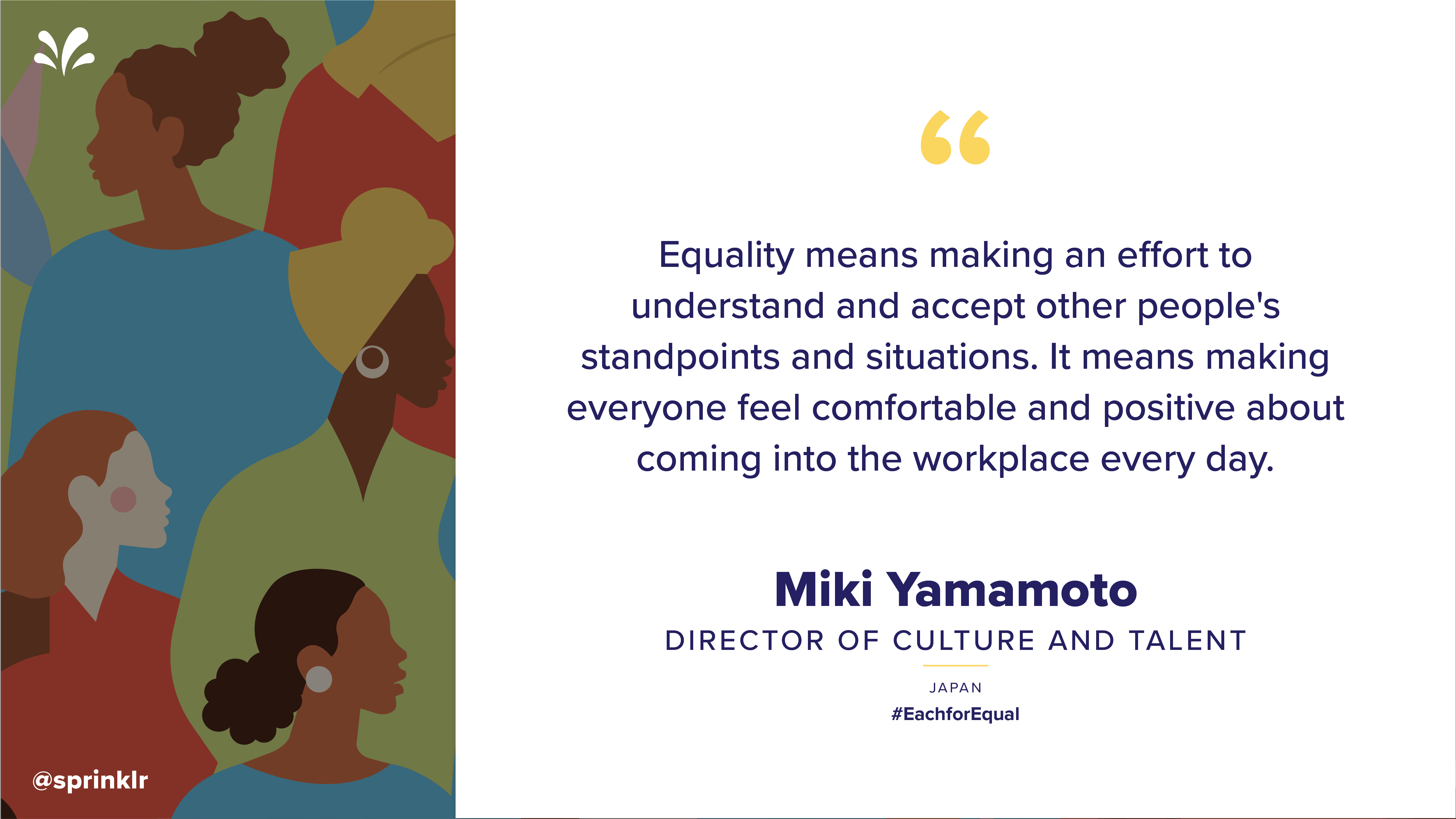 Grace Brinkley, a Sprinklr UX Researcher based in Portland, shares advice for how women can succeed in the workplace. 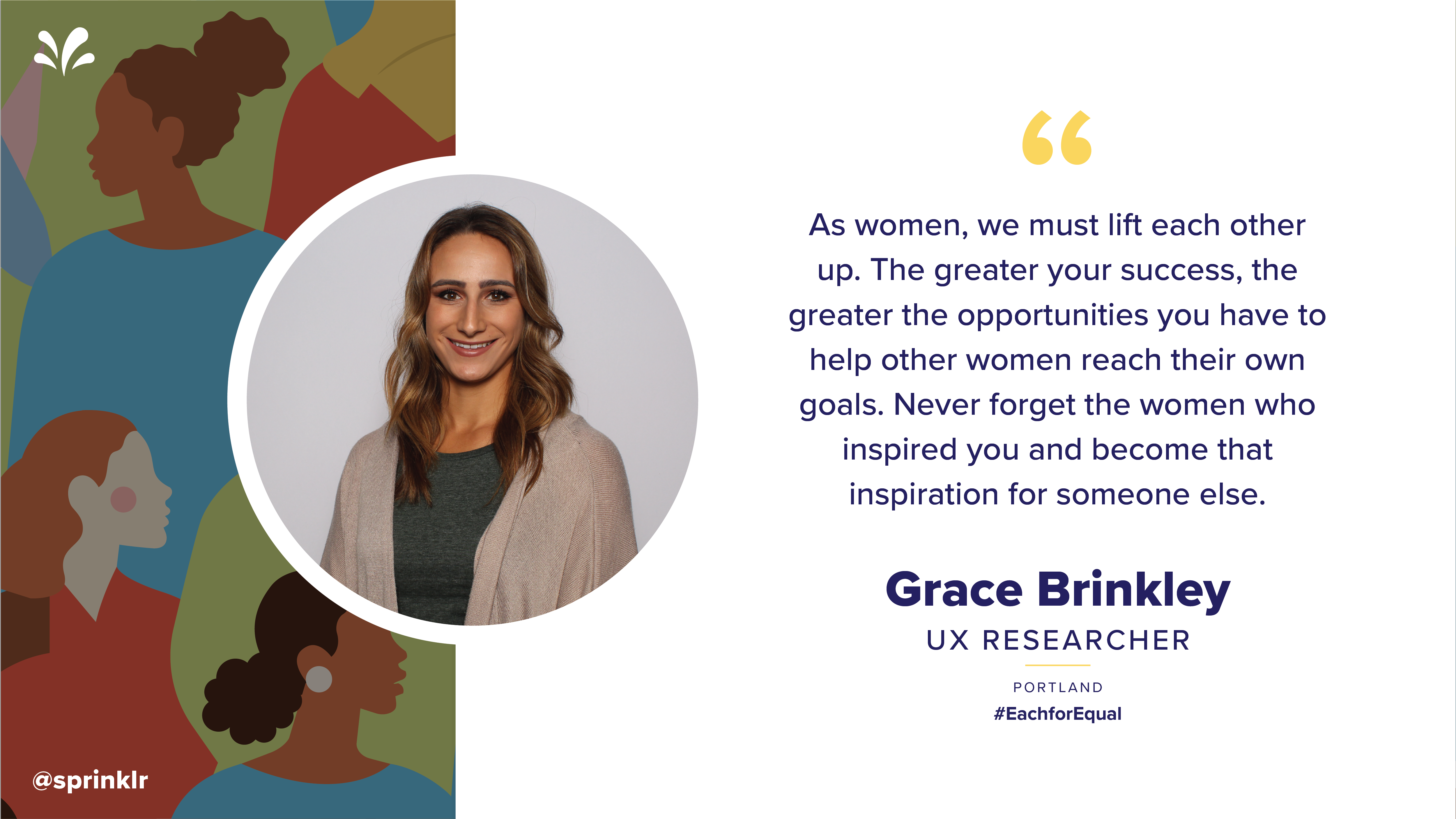 Marina dos Anjos, a Sprinklr marketing manager based in Brazil, shares advice and her thoughts on gender equality. 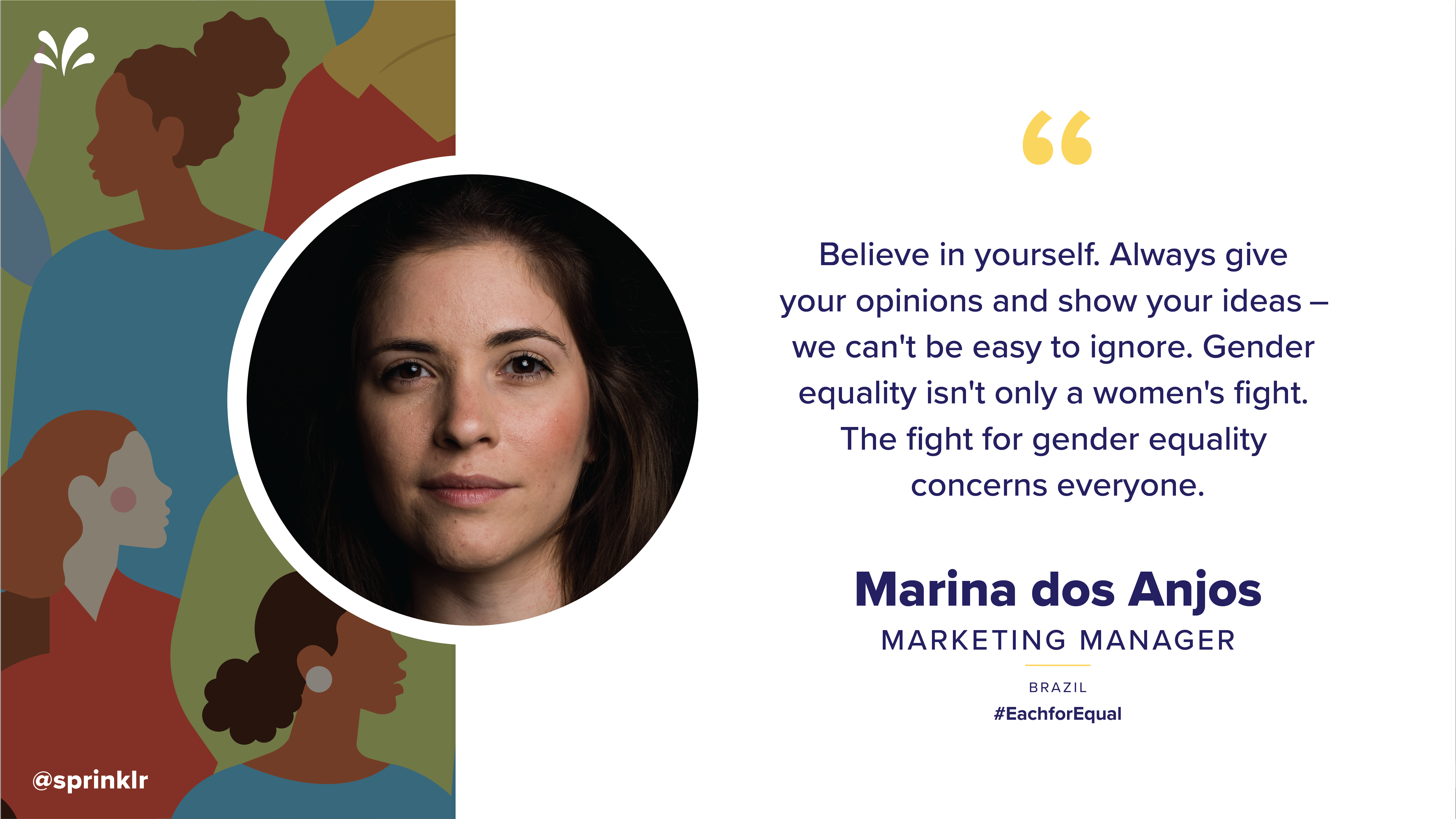 Feminist and activist Gloria Steinem once said, “The story of women’s struggle for equality belongs to no single feminist nor to any one organization but to the collective efforts of all who care about human rights.”

BWT Alpine F1 Team taps Sprinklr to build a “digital vehicle,” a unified platform that will connect deeply and in real-time with fans in five key areas. Learn more.