Jeff Bezos jokes, political acceptance speeches, Idina Menzel pronounced correctly, a surprise Eminem performance, and one ready-to-rage Bong Joon-ho. The 2020 Oscars had more than I could ask for. No host, no problem.

Here are our key findings from the major moments throughout the star-studded evening:

The night kicked off with a musical tribute from Janelle Monae and Billy Porter. The opening number tipped its hat (both figuratively and literally) to all of the major box-office hits from the past year, even the flicks that did not receive nominations.

How did the Twitterverse feel about Janelle Monae’s musical opening?

According to Sprinklr AI emotion detection, 63.1% of Twitter felt happy about the 2020 opening number, while 22.1% felt surprised. 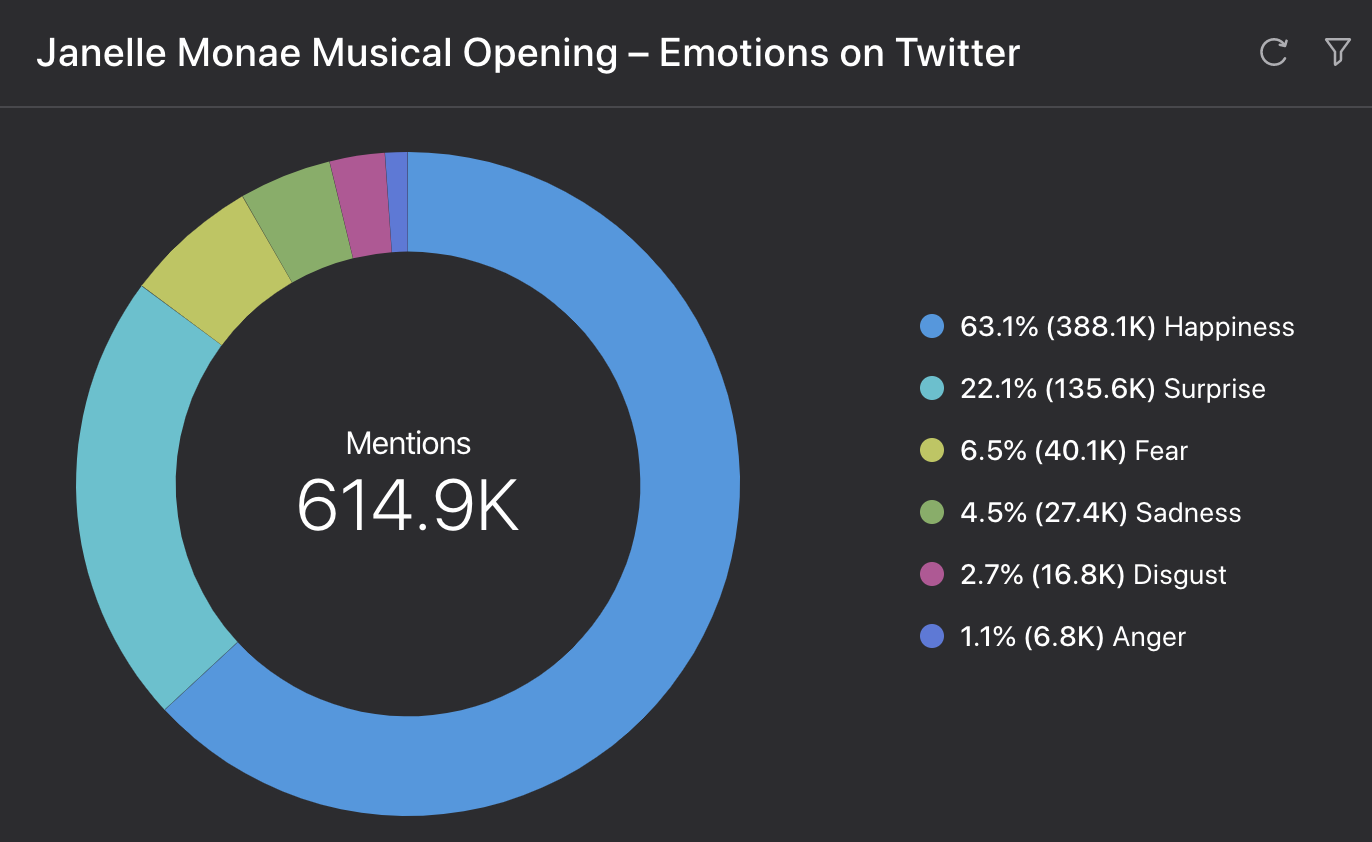 And then comedy legends/former Oscars hosts Steve Martin and Chris Rock, took the stage to do what they do best – crack jokes on race, diversity, and Jeff Bezos. 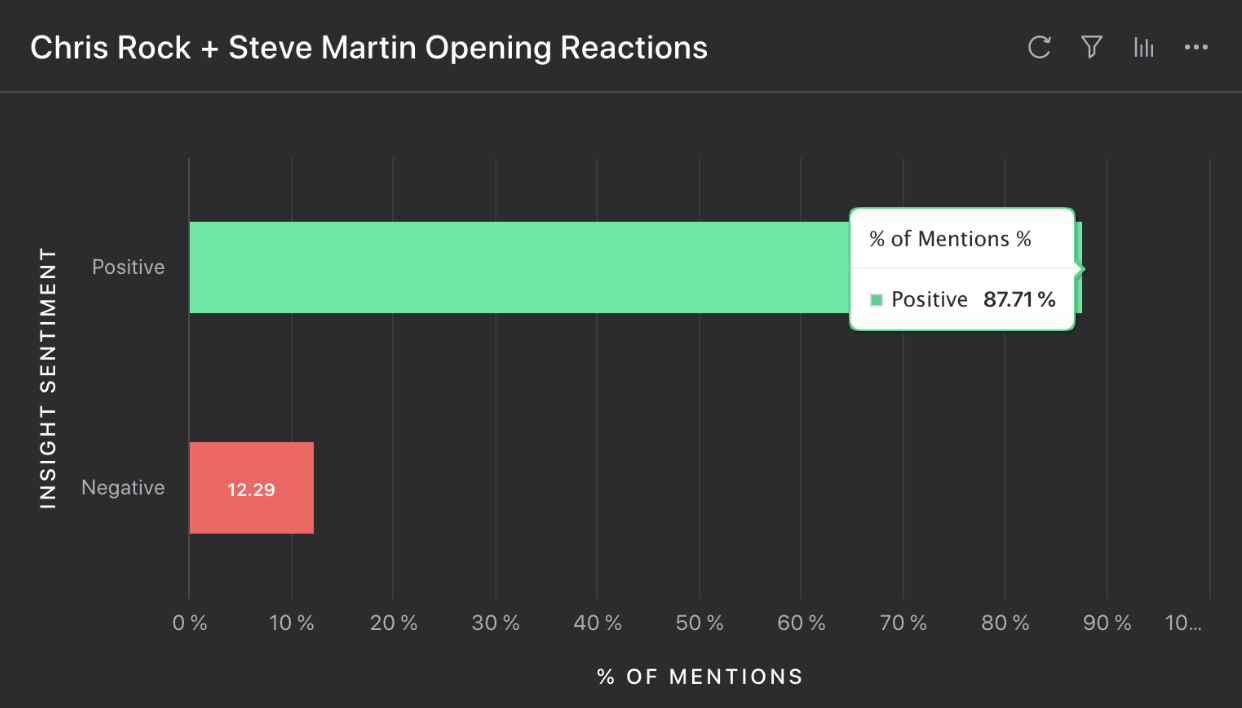 The overall conversation surrounding the comedians was predominantly positive, bringing in 87.71% positive Tweets and 12.29% negative tweets.

After the audience got its dosage of laughs, dancing, and singing, it was time to give out the hardware to the winners.

We analyzed the sentiment on Twitter for the major category nominees from 6pm EST to 11:59pm EST. Here is how Twitter felt about each category’s winners and losers:

“And the Oscar goes to…”

Overall, the sentiment surrounding the actors and actresses nominated for Academy Awards was overwhelmingly positive. There was hardly any harsh negativity to the nominees, which proves that the Academy got it right this year with its nominee selections.

However, we did notice that the winners who gave political acceptance speeches, received more negative commentary on Twitter than the nominees who focused on thanking their family, cast members, and fellow nominees.

But the biggest winner of the night (in terms of golden statues collected) was Bong Joon-ho. The Parasite director took the stage to accept the awards for Best Director, Best Original Screenplay, Best International Feature, and Best Picture.

How did Twitter feel about Parasite’s historic Oscar-winning night?

Happiness erupted on Twitter for the Korean social satire feature, and some people were surprised by the Academy’s well-judged crowning for best picture. 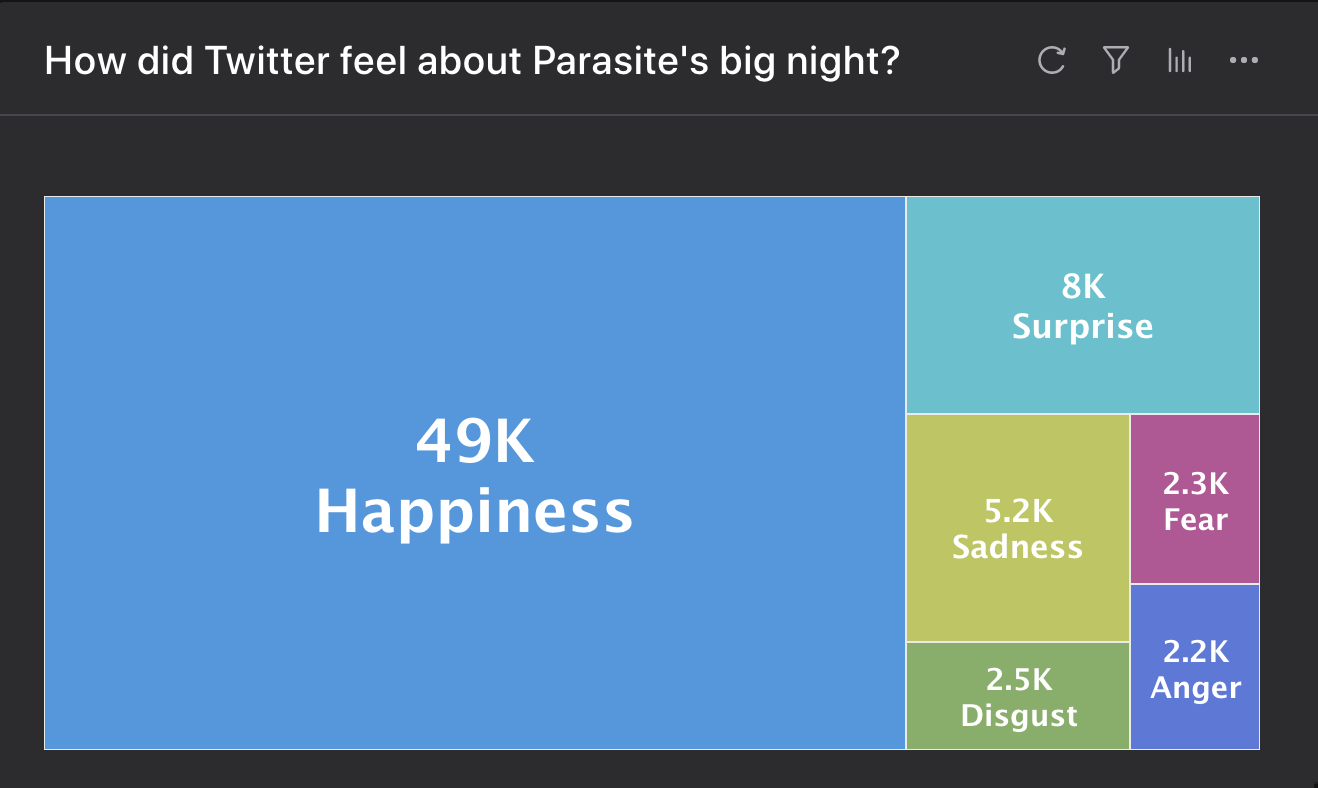 The biggest rise of Twitter Oscar buzz came right when Parasite scored its 4th win of the evening, with over a million mentions at 8pm PT/11pm ET.

Even Tom Hanks, Charlize Theron, and Margot Robbie showed their support for Parasite after the producers tried to cut the winner’s speeches short. 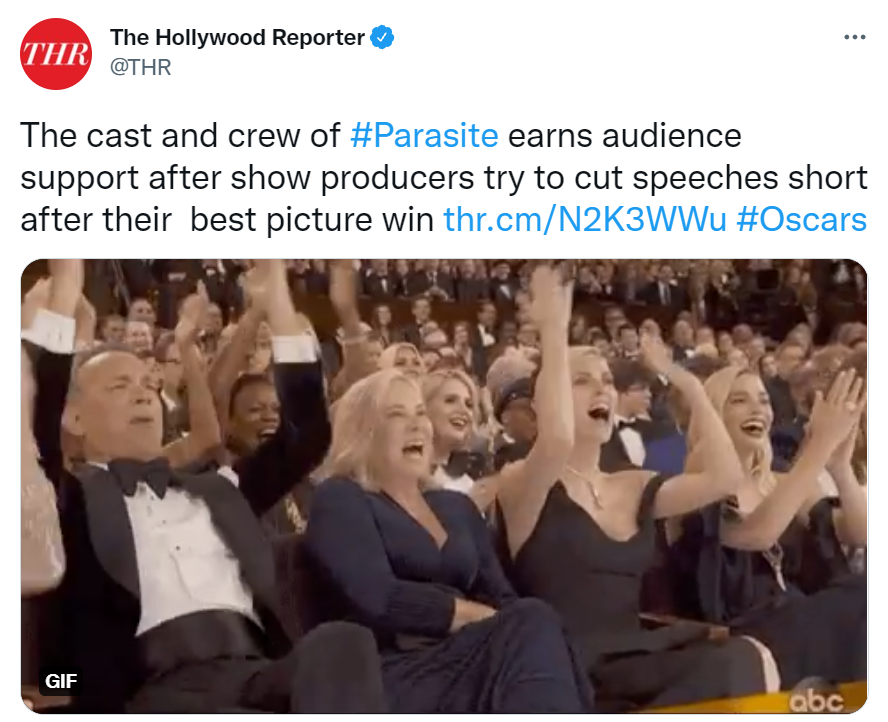 What did you think of the 92nd Academy Awards?