What You Need to Know About Facebook’s Campaign Budget Optimization

For years, social media advertising was little more than trial and error. As social advertising platforms have advanced, however, it has become much easier to track spend and ROI.

That said, the code hasn’t been completely cracked.

Despite plenty of technological advancements in the advertising space, advertisers can still waste budget because they can’t quickly shift ad spend to the highest performing campaigns and ad sets.

In 2018, Facebook set out to tackle that problem when it introduced the Facebook Campaign Budget Optimization (CBO) feature, allowing advertisers to automate budget optimization across different target audiences (ad sets). CBO has since become an optional support feature for advertisers — who could still make manual budget changes on the ad set level if desired.

Facebook recently announced that starting in September 2019, all campaigns will use CBO exclusively, with budgets only being set manually at the campaign level. Advertisers will set minimum and maximum budgets for each ad set, but won’t need to set an exact amount of spend against each ad set. This will all be taken care of automatically in Facebook.

Thanks to Facebook Campaign Budget Optimization’s automated budgeting ability, advertisers can spend less time building campaigns, and instead rely on Facebook’s algorithm to handle optimizations. The platform’s goal is to consolidate and simplify ad creation – with fewer ad sets and ad variants within a single campaign – and combine multiple targeting segments into a single ad set.

Features such as Facebook Placement Customization and Dynamic Creative will also minimize the number of ad variants that are published. As a result, Facebook’s algorithm will optimize delivery using individual user activity data.

How This Impacts Advertisers

The question is, how will this change affect advertisers’ ability to measure campaign performance? The current best practice for tracking third-party data (Real Business Outcomes) is at the ad variant level, and optimizing against third-party metrics is a manual process.

Third-party data provides a source of truth across all digital channels and allows users to see which targeting and creative combinations are driving the highest ROI. Having this level of granular insights and variations is important when deciding how to allocate advertising dollars. Once the process is automated, this oversight will no longer be necessary.

Sprinklr can help advertisers use CBO’s automation features while maintaining strategic control of budgets and audience performance by optimizing spend across multiple campaigns with a single optimization goal. 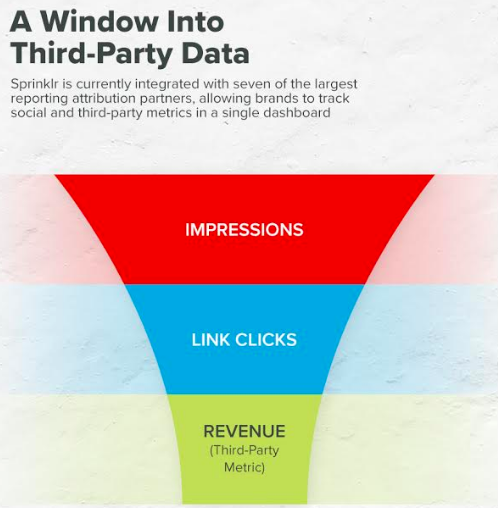 While Campaign Budget Optimization will optimize towards the channel-based metrics aligned to the campaign objective, advertisers can use third-party performance optimization through Sprinklr to ensure their spend is driving towards their business outcomes.

Sprinklr is currently integrated with seven of the largest reporting attribution partners, allowing brands to track social and third-party data in a single dashboard. Our customizable platform architecture allows additional attribution partners to be onboarded in as little as a few weeks.

By leveraging Sprinklr’s AI-powered optimization tools, brands and agencies can automate media budgeting based on channel and third-party performance metrics in real time. Currently, third-party reporting is still the most accurate way to track performance.

Recently, Sprinklr customers have seen between 21% to 73% improvement in media ROI from these optimizations on the platform.

As Sprinklr works closely with our partners at Facebook to stay ahead of coming changes, our product team adds to the evolving roadmap to drive value for our customers and solve for enterprise advertising challenges.

Want to learn more about how this update will affect Facebook ads? Feel free to contact us with any questions.