This year, more than half of enterprise brands are expected to use native advertising to promote and distribute their content, according to a recent study from the Content Marketing Institute. In fact, BI Intelligence forecasts that US native ad spending will double by 2018, hitting a whopping $21 billion.

Despite these numbers, some are still skeptical about the appeal of native ads. For one, late night host John Oliver provoked the marketing world by comparing the strategy to dipping Twizzlers in guacamole.

Sure, when native ads are done wrong, they can leave a bad taste in your mouth. Let the infamous Atlantic piece promoted by the Church of Scientology be a lesson to us all. But when done right, they can provide major benefits for brands, especially those in the enterprise space. Through native advertising, marketers can partner with publications to reach the right audiences in the right places and outsource their content creation if they don’t have the resources to produce it in-house.

Still, marketers aren’t the only ones who benefit from the strategy. Most importantly, customers are hooked with content that actually enriches and improves their lives. As a result, they develop a positive perception of these brands and are inspired to return to them for more helpful and entertaining content.

For the 45th anniversary of the moon landing last summer, General Electric teamed up with Thrillist, the men’s lifestyle brand, to launch a series of sponsored posts called “The Lunar Footprint” on the publication’s sister site, Supercompressor.

Articles such as “10 Reasons Why the Apollo Astronauts Were Certified Badasses” and “11 Things You Didn’t Know About the Apollo Missions” provided timely insights into the 1969 mission, while also showcasing how GE played a role in the landmark event. 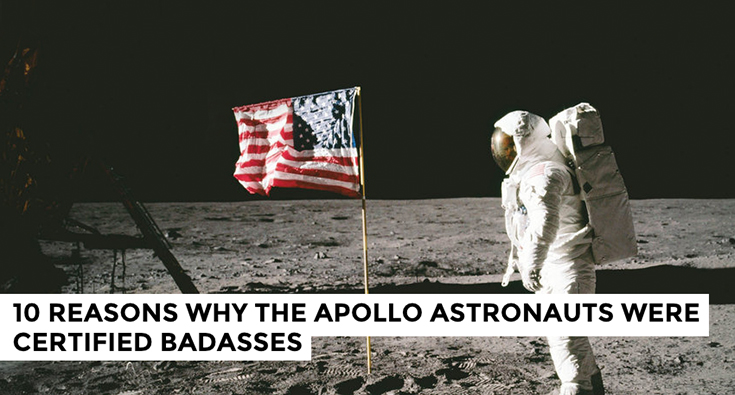 Most impressively, the native ads also tied directly to e-commerce opportunities for both parties involved. For the big event, GE produced a limited edition moon sneaker that Thrillist sold on its own JackThreads.com. The result? The shoes sold out in seven minutes.

Enterprise software company SAP teamed up with Forbes to create its own channel on the Forbes BrandVoice native advertising platform.

SAP uses the opportunity to reach Forbes’ audience of over 35 million readers with articles that tackle big topics in business, finance, and technology. 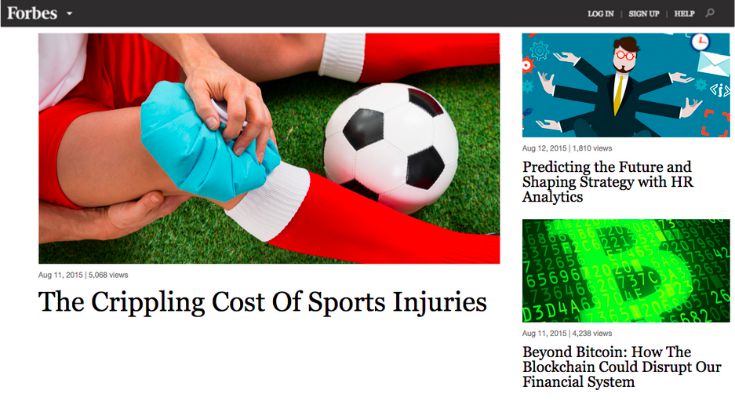 And this isn’t just a one-off event for SAP. The company consistently posts fresh content each week, such as “Unleashing Every Worker’s Inner Graffiti Artist,” “Don’t Be A Dodo: Adapt To The Digital Economy,” and “Digital Technology Is A Game Changer For Education Worldwide.”

By keeping readers engaged and coming back for more, SAP solidifies its position as a thought leader and innovator in the software industry.

“The Internet of Everything” may sound like a dystopian nightmare or science fiction film, but it’s actually just a term for a world where physical objects are connected to the Internet so that we can use them better and even exchange information with them.

Still sound farfetched? Cisco is trying to fix that. The technology company is making “The Internet of Everything” more accessible with “The Connective,” a digital interactive magazine created in partnership with tech magazine, Wired.

Through this native ad effort, Wired and Cisco are not only forecasting the future of our connected world, but are also reimagining the modern magazine with the inclusion of crowdsourced articles and live data feeds.

Having launched last year, the second edition of the magazine walks readers through a traveler’s day and shows them how Cisco-powered connections will change our lives, both at home and on the road. The downloadable version is also accompanied by a blog that features such futuristic concepts as e-tattoos, smart student IDs, and tools for long-distance surgery.

After the magazine was distributed to Wired’s subscriber base of 3 million people, the publication found that readers spent nearly double the amount of time with Cisco’s content than with other interactive ads, and 4.6 times that of static ads.

American Express already runs its own community hub called OPEN Forum, which aims to help small business owners grow their companies. But even with the awesome posts they were publishing on their microsite, the company still needed a way to bring their content to the people, instead of just luring the people to their content.

What did the trick? The Huffington Post’s audience of 115 million global readers.

Through the HuffPost Partner Studio, American Express teamed up with the digital publication to produce a series of articles and infographics with tips and tricks for small business owners. Some examples of these articles include “16 Signs Your Small Business Is Growing,” “How To Harness The Hashtag,” and “Are You Getting The Most Out Of Your Workday?” 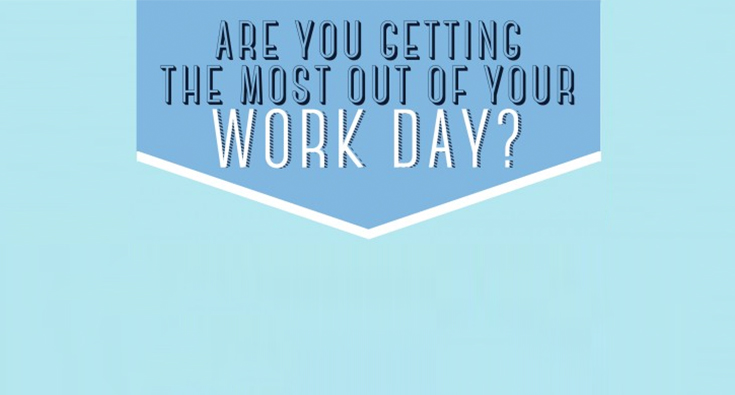 With help from The Huffington Post, American Express was able to continue creating helpful and relevant content for its audience while also engaging new readers and prospective clients across the publications wide base of loyal readers.

Sure, The Atlantic may have had a misstep with its native ad faux-pas of 2013 when the publication came under fire for publishing and then deleting a sponsored post about Scientology. But since then, The Atlantic has found success partnering with brands such as IBM, which was responsible for a series of beautiful, interactive pieces about the power of big data.

For example, “Blood, Sweat, and Data” unfolds into a four-part series about how technology is revolutionizing sports. The digital spread includes shareable stats, expandable photo galleries, pop up interview content and data-filled visuals to bring the story to life for the reader. 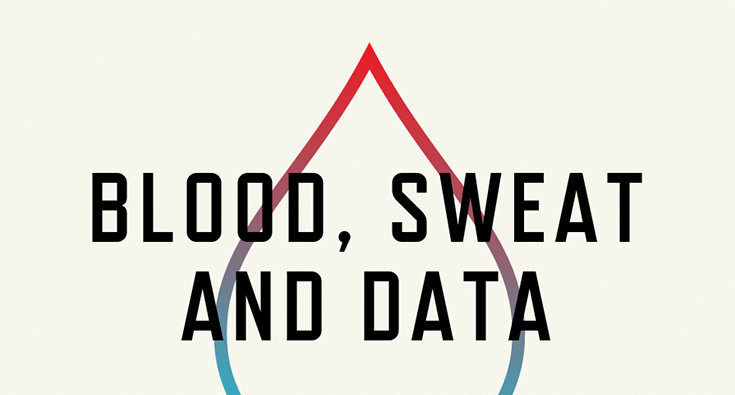 Aside from being chock full of great information, IBM’s content also adheres to The Atlantic’s updated editorial guidelines. Most importantly, it follows two golden rules of native advertising: never partner with a company to produce content that will compromise your editorial integrity, and always call out a sponsored post with a label.

If brands do these two things and work their hardest to create the most compelling, original, and relevant stories they can, readers will respond favorably, and hopefully even turn into loyal customers.

About the Author: Amanda Walgrove writes about content marketing, social media, and online entertainment. She has written for Advertising Week, The Huffington Post, Tablet Magazine, and The Content Strategist, among others.