The Top 10 Brands That Make People Happier on Social Media

What makes a memorable marketing campaign? Often, it’s a superstar or a jingle that catches your attention. But this year, the brands breaking through the noise are giving you big, emotional messages. Using Sprinklr data in honor of the company’s 10th birthday, we analyzed brands who received a significant amount of buzz for their marketing this year to find the top 10 campaigns with the happiest reactions on Facebook, Instagram, LinkedIn, Reddit, Twitter and YouTube.

Why is this study important? Because emotions drive sales. Research shows that positive emotions toward a brand have a far greater influence on consumer loyalty than trust and other judgments, which are based on a brand’s attributes. Therefore, the most successful brands listen to their customers across modern channels and learn from them to understand what makes customers happier. Then, they take these insights to show customers love – creating marketing campaigns that elicit a positive emotional response.

Sprinklr’s analysis of brand campaigns includes only public posts from January 1st, 2019 to September 1st, 2019 in 93 languages. Our ranking analyzed Fortune 500 companies and government agencies to pull out the top 10 brands, and takes into account the amount of mentions a brand got around its campaign, and how many mentions are positive.

Insights from the top 10 brands that make people happier:

The massive anticipation for Star Wars: Galaxy’s Edge themed lands at Disneyland Park and Disney World created positive online buzz with Star Wars fans discussing what to expect when exploring the new galaxy far, far away. So far, #GalaxysEdge has received a whopping 244,316 mentions across social media with 1,187,149 Retweets of the phrase or hashtag #GalaxysEdge. 88 percent of these mentions are positive.

The biggest spike in conversation happened on May 31st, 2019 with more than 71 thousand people discussing opening day of the Galaxy’s Edge at Disneyland in Anaheim. The next biggest spike was on August 29th with more than 47 thousand people talking about opening day at Disney World. The most prevalent positive emotion is celebration – with 34 percent of people posting about celebrating the launch of the #GalaxysEdge. 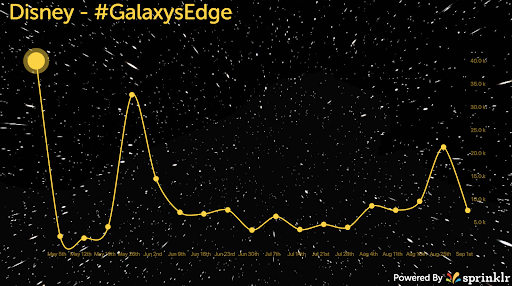 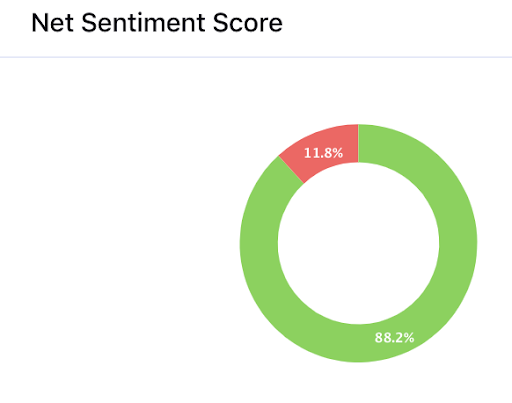 NASA celebrated the 50th anniversary of the historic Apollo 11 Moon mission in July with a live television broadcast, events and a major social media campaign. More than 151 thousand people have mentioned #Apollo50th and NASA 50th anniversary of the Apollo 11, and 93 percent of these mentions are positive. There are 446 thousand Retweets mentioning #Apollo50th and more than 2 million Twitter favorites.

One of the most popular Instagram posts was a video of Neil Armstrong taking a “giant leap for mankind” on the moon 50 years ago on July 20, 1969. It has more than 940K likes. NASA’s Twitter account posted one of the most popular Tweets on July 17th for world emoji day, which got an overwhelmingly positive response and 78K likes. 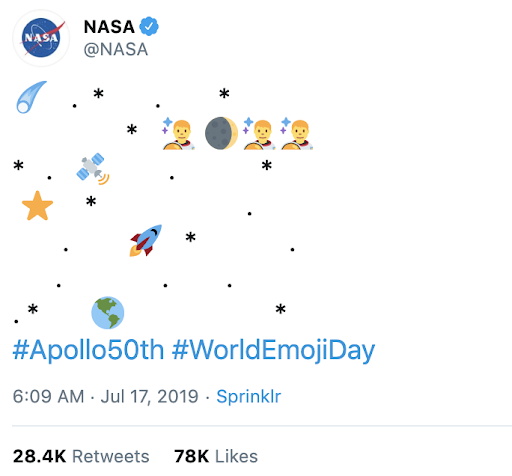 Microsoft highlighted its commitment to accessible technology that levels the playing field during the Super Bowl with its commercial, “We All Win.” The commercial showed young gamers using the Xbox Adaptive Controller. It was a huge hit across social media, receiving 12,481 mentions so far, with a 95 percent positive reaction.

Top positive themes in the discussion around the campaign include love, accessibility and inclusion. Microsoft’s Tweet launching the campaign on January 31st was one of the most popular social posts with 20.2K likes, 7.6k Retweets and 1.6M views. Their Super Bowl commercial on YouTube has 25K likes and more than 29M views. 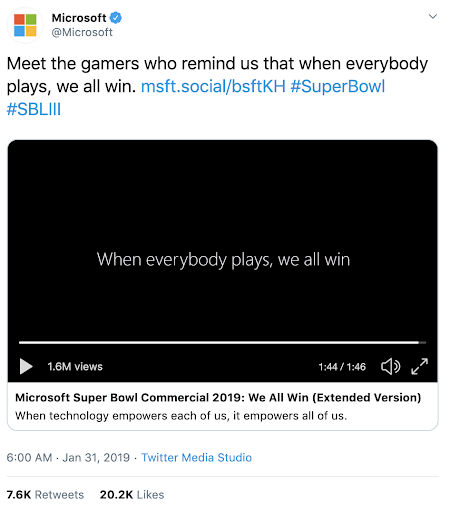 In February, Nike launched a hugely popular commercial called “Dream Crazier.” According to Nike, the video “shines a spotlight on female athletes who have broken barriers, brought people together through their performance and inspired generations of athletes to chase after their dreams.”

Over 85 percent of 17,614 mentions of “Dream Crazier” are positive and the video has 94 thousand likes on YouTube. One of the most popular social posts mentioning Dream Crazier is from Nike Football’s Instagram account featuring French soccer player Kylian Mbappe, with more than 434 thousand likes. 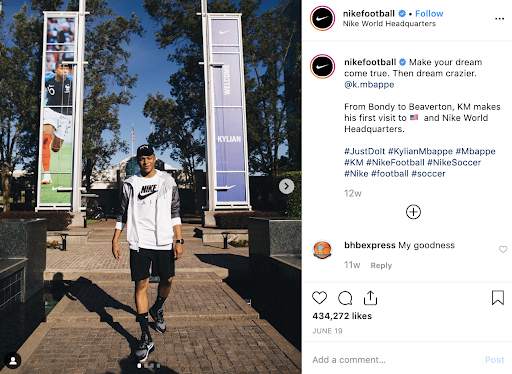 This August, McDonald’s launched McCafé It Forward, a three-day, pay-it-forward program designed to spread goodness across the U.S. one cup of coffee at a time. They also announced a McCafé Be A Brew-Gooder Sweepstakes encouraging coffee lovers to recognize those who they think have done good in their world. From August 26th through September 29th, customers can nominate someone who they believe is a “Brew-Gooder” via Twitter, Instagram or an entry form via the McDonald’s app or BeABrewGooder.com. Five lucky pairs of winners will be selected in a random drawing. The grand prize: McCafé for Life.

The campaign has received a 99 percent positive reaction across social media so far, with 2,313 mentions from McDonald’s fans nominating a friend or family member who has done something good. The major themes in social media mentions of #BeaBrewGooder include love, life, good and friend. 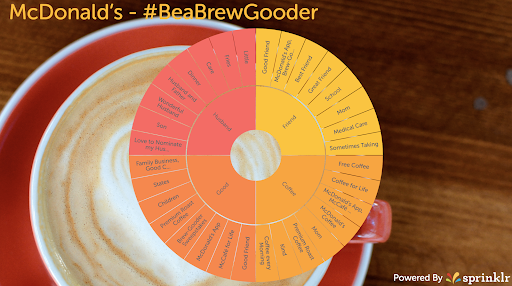 In honor of International Women’s Day, Adidas launched the “She Breaks Barriers” campaign to push for women’s equality and visibility in sports beyond one day. adidas also announced its partnership with Twitter on March 7th, 2019 to livestream female high school sports, saying, “because when she is seen, she breaks barriers.”

The campaign has received 2,355 mentions on social media with a 96 percent positive reaction. Out of the mentions with an identifiable gender, 47 percent are male. One of the most popular posts on Instagram for this campaign was from adidas athlete Hima Das, the sprinter who made history by becoming the first Indian athlete to win a gold medal at the world level.

One of the most talked about YouTube videos was launched by adidas on March 7th 2019. This video was promoted across social channels and has over 1.7 million views. And of course, the biggest burst of mentions was on International Women’s Day on March 8th, 2019. 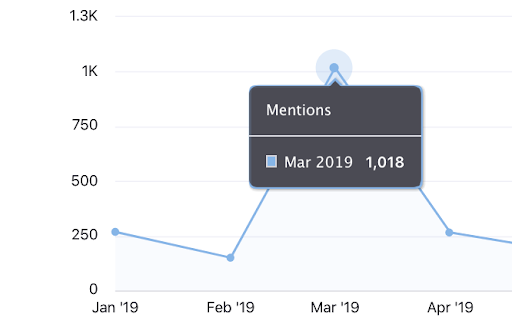 Laughing is a powerful way to make people happy, and nobody knows this better than Bosch. Founded in 1886, Bosch is the perfect example of a company who knows how to continuously reinvent its image – and use humor successfully – for modern times. In January at the tech event CES, Bosch launched their #LikeABosch video on YouTube, a parody of “Like a Boss” by the comedy group The Lonely Island. The video highlights a savvy Internet of Things (IoT) user and is meant to highlight Bosch’s connected products.

The campaign has nearly 5 thousand mentions and 96 percent of them are positive. On Twitter, the campaign has 6,367 Retweets and 4,765 Twitter favorites. Their YouTube video launching the campaign has more than 23 million views and 13 thousand likes. And, the #LikeABosch LinkedIn videos have thousands of likes and millions of views. 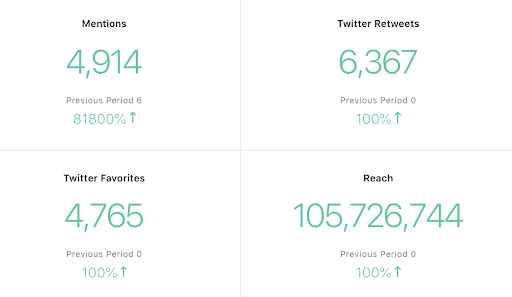 Dove partnered with Girlgaze and Getty Images for Project #ShowUs, which pulls together the world’s largest photo library created by women and non-binary individuals to break through beauty stereotypes. With these images, Dove hopes to create an inclusive vision of beauty in media and advertising.

The campaign has 6,640 mentions with a more than 90 percent positive reaction. One of the most liked and shared social posts is from Shondaland’s Twitter account, the media company behind Grey’s Anatomy, Scandal and How to Get Away with Murder.

In January, Gillette launched “The Best Men Can Be,” a social responsibility advertising campaign to address toxic masculinity and promote organizations that help men achieve their personal best. The campaign has more than 28 thousand mentions across social media and 133 thousand Twitter favorites. This was the most divisive campaign, yet the majority of mentions were fiercely positive.

Top themes and phrases of discussion associated with the campaign included “well done Gillette” and “toxic masculinity.” Gillette’s Tweet from January 14th is one of the most popular Tweets in this campaign with 566.8K likes. Many celebrities drove a spike in mentions, including actress Melissa Fumero who had a strong positive reaction on Twitter. 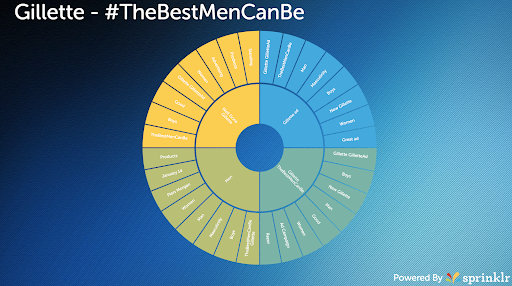 In February the Coca-Cola unveiled its first new flavor of Coke in over a decade: Coca-Cola Orange Vanilla. The summer-themed flavor contributed to over a billion reactions on social media and stronger than expected sales.

More than 30 thousand people on social media mentioned #OrangeVanilla with more than 20 thousand Retweets. While a good amount of people weren’t huge fans of the flavor choice, the majority still reacted with happiness.

Sprinklr’s data analysis also showed that Atlanta loves Orange Vanilla Coke. Out of every public post that had an identifiable location, the top five cities where people mentioned Orange Vanilla Coke with the most positive sentiment include: Atlanta, Chicago, Los Angeles, Houston and Dallas. 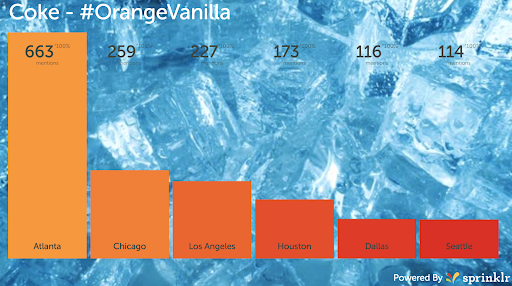 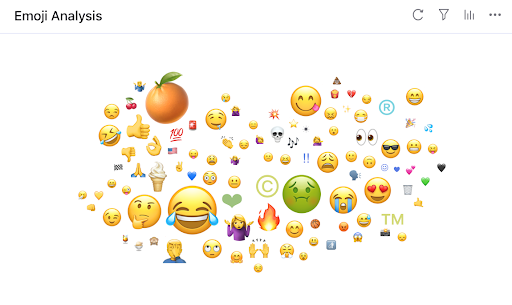 Sprinklr’s mission is to enable every organization on the planet to make their customers happier. How do you make customers happier? You listen to them, you learn from them and you show them love. Over the past decade, we’ve been helping brands – including many on this list – use real-time customer insights to create memorable campaigns that evoke a strong emotional reaction. Cheers to another decade of helping brands listen to, learn from and love their customers.