How 6 Big Brands are Advertising on Snapchat Discover

We’ve said it before: advertising on Snapchat Discover isn’t quite like anything else out there. On most social platforms, publishers, brands, and users all vie for attention within the same space. But Discover takes a different approach, putting content providers—and the brands that advertise with them—front and center.

As a curated news platform, Snapchat Discover hosts a variety of channels from media outlets and publications like CNN, ESPN, BuzzFeed, and Vogue. It offers an immersive content experience with display options such as full-screen graphics, text overlays, animation, and sound.

To reach viewers and readers, brands can create Snap Ads—videos that are up to 10 seconds long. To get these ads in front of the right people, brands can target by content type. For instance, an athletic wear brand would likely place its ads in sports-related channels like ESPN and Bleacher Report.

With Discover’s rich advertising potential, it’s important for marketers to take a close look at the platform and get a feel for how companies are already reaching key audiences there. That’s why we’re diving into six of the most impressive Snapchat Discover ads from big brands.

When CNN first launched its Discover channel in 2015, BMW was its primary sponsor in North America, so users were greeted to a BMW logo in CNN’s Discover intro animation. 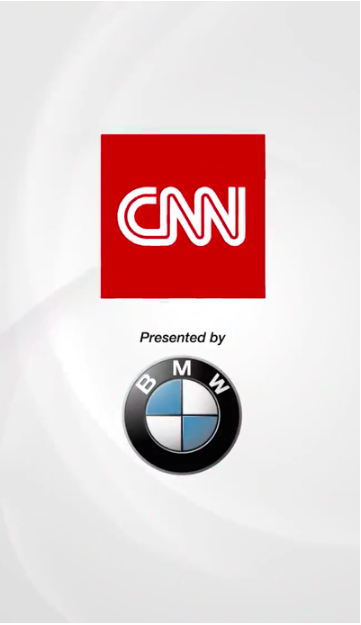 The sponsorship also featured video ads that appeared between CNN’s Discover content, including articles and graphics. This ad for the BMW i3, for instance, had been adapted to fit Snapchat’s portrait screen:

CNN’s Snapchat ads aims to appeal to Snapchat’s millennial demographic by using a brash, almost conversational tone. The publication also covers cultural trends such as the rise of the sharing economy, as well as news about social issues, travel, and life after college. It makes sense, then, that BMW would choose this channel to promote its all-electric BMW, which could appeal to people interested in stories about the environment and the politics of sustainability. As Luxury Daily pointed out, “The lower price of the vehicle presents it as a plausible option for aspirational consumers looking to splurge.”

What marketers can learn: Choose your placement wisely. According to a new study by Nielsen Media Lab, ads that are paired with relevant content have a 30% higher consumer impact than ads that are surrounded by irrelevant content or content that doesn’t appeal to the audience. By selecting a distribution partner carefully, BMW was able to ensure that its ads ran for the people most likely to be interested in what they had to say.

Gatorade has been a long-time partner of the U.S. Open, and this year, the beverage brand launched one of its most innovative ads yet for the big event. The company not only advertised on ESPN’s Snapchat Discover channel, but it also created an old school, 8-bit-style game that users could play directly in the app. 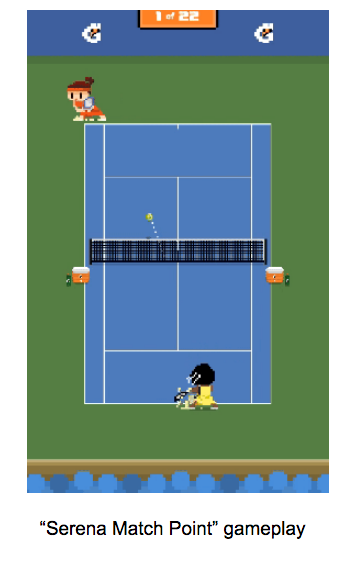 Packed with 22 levels (one for each of Serena Williams’s Grand Slam wins), “Serena Match Point” invited users to play as Williams by just tapping the screen. According to AdAge, the ad generated an average time spent of more than three minutes per person.

What marketers can learn: Get interactive.

T-Mobile was one of the first brands to advertise on Snapchat Discover and produce a series of spots specifically for Snapchat. Its inaugural campaign featured mock live reports that poked fun at various clichés like gym addicts, hipster cyclists, folk bands. The videos were short and snappy, each just 10 seconds long, and the acting was deliberately campy. 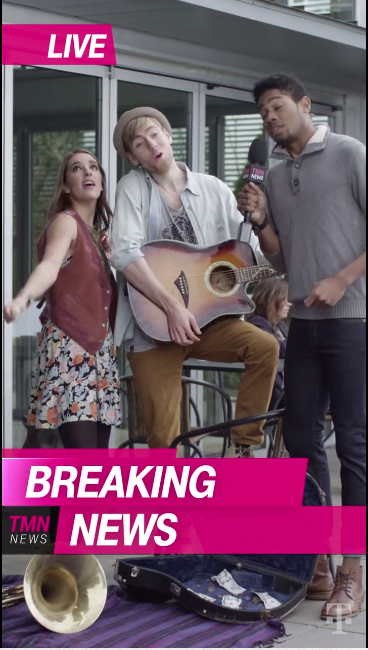 In each spot, something dear to the subject vanished suddenly. This tied in with the T-Mobile slogan, “Don’t lose what you don’t use,” which refers to the company’s Data Stash promotion that lets users roll over their data. The storyline for each T-mobile spot was split into two video ads that appeared on either side of Daily Mail content. Here’s how it worked: A user would first see a video ad, swipe left to see a Daily Mail Snap, and then swipe left again to see the conclusion of the story.

What marketers can learn: Speak to Snapchat’s audience. T-Mobile quickly found its sweet spot with these Snapchat ads: The brand included jokes that Snapchat’s demographic could relate to; the campaign was about losing things (which relates to the ephemeral nature of Snapchat); and the video was shot in an authentic way. 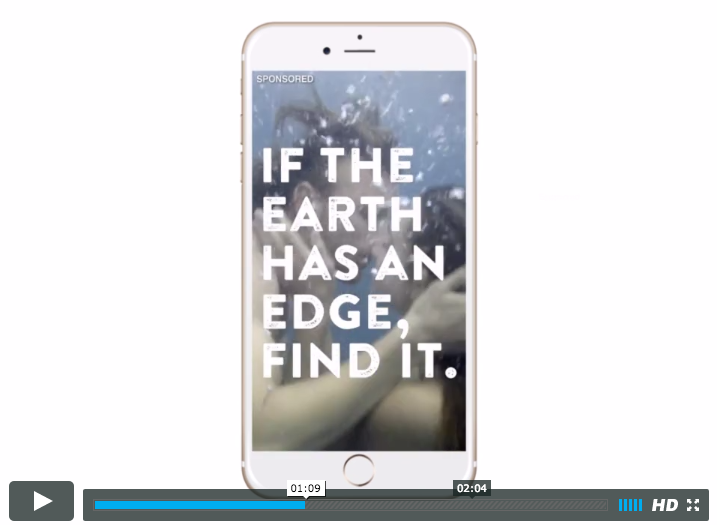 Sperry’s ads were at home on Cosmo’s channel—the only channel that caters specifically to the social platform’s female audience. And Cosmo’s content keeps it classic with relationship advice, style tips, and horoscopes. The outlet continues to deliver an assortment of short articles and listicles, and incorporates a design style that feels original, making good use of full-screen images and text overlays.

What marketers can learn: Think native. Sperry didn’t just match its content with its distributor; it also matched the format. Taking a cue from Cosmo’s listicles, the ads fit right into the channel and were primed to reach the publication’s audience of female millennials. When crafting your ads, consider creating content that jives with the surrounding editorial. This way, viewers won’t feel that their experience is being interrupted, and they’ll be more likely to listen to what you have to say.

This summer, Sony Pictures became an official Snapchat advertising partner during the Olympic Games. Throughout the two-week event, the company ran a variety of Snap Ads to promote the digital release of “The Angry Birds Movie.” 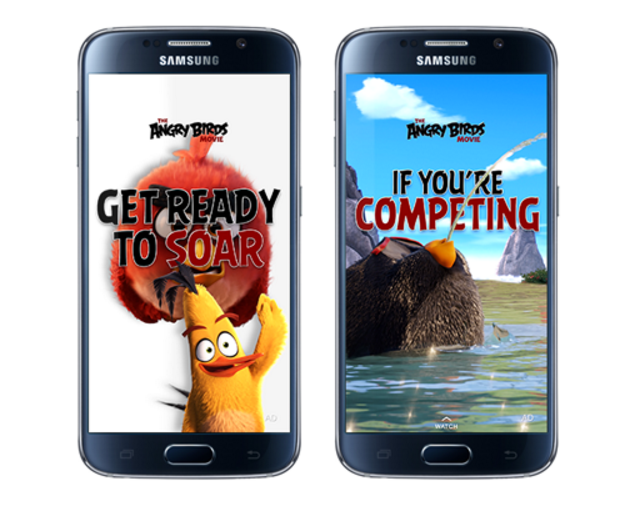 “As we are releasing The Angry Birds Movie during the sweet spot of the Summer Olympic Games where we know there will be an increase in live family television viewing, we are driving a 360, cross-channel marketing campaign across television, digital and social,” said Lexine Wong, senior evp, Worldwide Marketing, Sony Pictures Home Entertainment.

Evidently, Sony Pictures saw an opportunity to reach the right viewers in the right place at the right time, and they took it.

What marketers can learn: Take advantage of special events. If you know there’s a certain holiday or TV broadcast that your audience will be interested in, embrace the opportunity to reach them on their second screens. After all, they’ll likely check their smartphones for relevant updates and stories. That gives you a chance to get your message out and grab their attention.

If you saw Gatorade’s tennis game above and thought, “Wow, that’s cool. More brands will probably try to do that soon,” you’re right. Under Armor is already serving up its own interactive Snapchat game as part of its latest campaign featuring NFL star Cam Newton. Titled “It Comes From Below,” the game is based on a video ad of the same name, in which Newton sprints through a dark forest and dodges a slew of obstacles. In the game, instead of watching Newton practice his footwork, users can virtually be Newton and help him finish the course.

To get people to play, Under Armor launched 10-second Snapchat Ads in sports-related Snapchat Discover channels. By swiping up on the ad, viewers were able to play the game right in the app. According to Adweek, Under Armor aimed to read reach its 14-22-year-old high school and college athletes who are already active on Snapchat.

What marketers can learn: Repurpose and reinvent your content. Under Armor launched a complex and innovative ad experience, but they didn’t start from scratch. Instead, they worked with high-quality material that already existed (the above commercial) and spun it out into a game made just for Snapchat’s interface. By using this strategy, brands can save their budgets and spread a cohesive message across platforms.

Snapchat Discover is poised to keep creating win-win-win situations for users, brands, and media channels. Snapchat users get a non-invasive ad product (if you don’t like it, swipe right!) that leaves the core functionality of Snapchat untouched; brands get a new and exciting rich ad format; and media channels get to own a piece of the platform and strike advertising deals directly with brands.

These opportunities should only become more fruitful as Snapchat evolves its platform. For instance, it just introduced new capabilities such as lookalike audience targeting (a la Facebook) and behavioral targeting. Snapchat’s latest design update also gives Discover more prominent placement within the app.

At this rate, Snapchat Discover ads won’t just be a place to read new stories, but also a dynamic platform on which brands can discover their advertising potential.