For TV shows, social media isn’t just a marketing channel. It’s a place where people can discover exclusive content, engage with writers and actors, and chat before, during, and after their shows.

As Twitter found, more than 60% of avid TV watchers share their opinions on the social network. Forty percent even convince others to watch their favorite series. And while Nielsen has been measuring Twitter data for three years, the company recently added Facebook data to its “Social Content Ratings.” With these insights at their fingertips, networks can more effectively understand audience behaviors and attract the right advertisers.

That’s why it’s so important for TV show marketers to use social media to drive views. Otherwise, they’ll turn their back on valuable insights and miss out on real-time conversations.

So let’s look at four TV shows that are doing marketing right, and the lessons we can learn from them.

For a show about a vigilante hacker, the Internet is the perfect place to launch a groundbreaking campaign. And that’s just what “Mr. Robot” did.

To promote the season two premiere, the show hosted a Q&A with the cast on Facebook Live. Fifteen minutes in, however, the interview was “hacked” by a masked member of fsociety—the hacker group from the show.

“Why waste more time on pointless speculation?” the person said. “You deserve something new, something unexpected, something you’ve never seen before.” The hacker then “leaked” the first episode of the two-part season premiere—three days before it was set to air on USA.

To keep fans engaged across the Internet, “Mr. Robot” posted the premiere for a limited time on Twitter, Snapchat, YouTube, and USANetwork.com. Altogether, the campaign generated 15 million impressions and 750,000 video views in less than three hours.

“Mr. Robot” also marketed hyper-targeted Twitter and Facebook ads to reach niche audiences. For instance, Facebook users interested in tech would see an ad about hacking, and those interested in comics books would see a pop-art styled ad. This strategy allowed the show to better understand its target viewers and engage them with more personalized content. 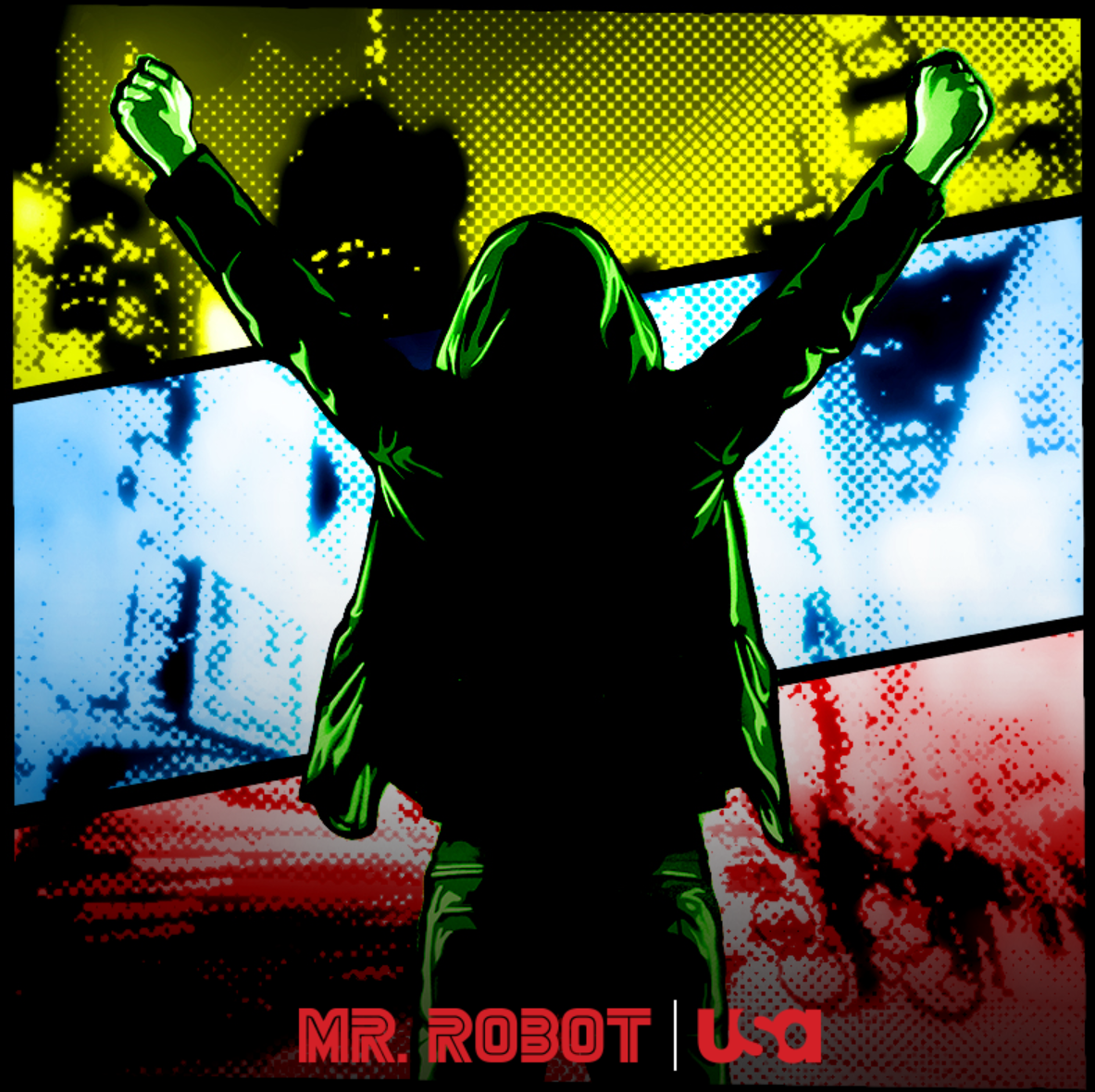 Over on Instagram, Shomi—a Canadian video on demand platform—hosted a scavenger hunt to promote its release of “Mr. Robot.” Across Vancouver and Toronto, digital out-of-home ads on were “hacked” with secret hashtags. People could then search these hashtags on Instagram and find a new account for the show: @hell0f13nd. Posts from this account sent users on a search across these cities to claim exclusive swag from “Mr. Robot.”

The takeaway: Bring fans into the world of your show. The team behind “Mr. Robot” didn’t just post ads on social media; they produced interactive campaigns that brought themes and conflicts from the series to life. Of course, not every show deals with hackers and the Deep Web. But if you can find a creative way to bring the world of your series online, you can provide immersive experiences that keep fans engaged beyond their TV screens and video on demand platforms.

Last season, FOX’s musical drama pulled out all of the stops on Twitter, and it paid off. “Empire” was the only the scripted series to earn a spot on Nielsen’s 2016 list of Twitter MVPs, generating an average of 387,000 Tweets per episode.

For example, leading up to the season premiere, viewers were invited to Tweet their questions to @EmpireFOX in return for a video response from star Taraji P. Henson. People who Tweeted #FOXWednesdays with a cookie emoji (in honor of Henson’s character, Cookie Lyon) were also eligible to win some free treats, courtesy of the show.

The emoji fun didn’t end there, however. On-air integrations with the cast encouraged fans to Tweet #Empire in exchange for a custom emoji of Cookie wearing gold headphones. Yes, they really ran with that Cookie theme!

Tweet with us all night long! See you soon, boo. 😘 #EmpireWednesday pic.twitter.com/kDd5FRT3OG

Dying to know what to expect for #Empire‘s season finale? Here’s a little sneak peek.https://t.co/CoiF1X53xB

By running these initiatives, “Empire” generated over 358 million social impressions and increased its Twitter following by 59%—growing to an audience of 1.1 million fans.

The takeaway: Reach viewers where they’re already talking. According to Twitter, 60% of avid TV watchers use the platform to see video clips, and 57% follow hashtags to find out what people are saying. By engaging viewers here, marketers can empower fans to continue their conversations and spread awareness about their favorite shows.

Video on demand platforms like Netflix and Amazon have unique marketing challenges. They can’t tease new episodes each week like TV networks can. Since they release several episodes at once, they have to build anticipation for an entire season’s launch and then keep fans engaged even after they’re done binge-watching.

“Narcos”—the Netflix series about cartel kingpin Pablo Escobar—does this masterfully. It couldn’t create content around the plot, since that could spoil the show for people who hadn’t seen it yet. Instead, “Narcos” focused on educating viewers about the culture of the story and its real-world conflicts.

For example, the show launched its #Cokenomics campaign, featuring a series of custom graphics with stats about the Colombian cocaine trade. These posts earned over 100,000 engagements on social media.

Thanks to these initiatives, in just three months, “Narcos” generated two million followers across Facebook, Instagram, and Twitter. It was even named the most-mentioned Netflix original series on social media in 2015.

The TV show didn’t stop there, however. It kicked its marketing up a notch in the following year. Most notably, it launched its controversial campaign about contaminated currency. Apparently, up to 90% of US dollar bills and 50% of euros in France have traces of cocaine on them. Meaning, we’re not as removed from the drug trade we might think. To promote the French launch of “Narcos,” Netflix produced social content to illustrate these alarming facts.

Specifically, they took real euros, covered them in white powder that spelled out #NARCOS, and sent them out into the world. Since the hashtag could only be seen after taking a flash photo of the bill, they armed social influencers with this special currency. Once these influencers shared their images online, it encouraged others around the globe to check their own bills for the #NARCOS hashtag.

The campaign generated 7.2 million Twitter impressions, and succeeded in getting #Narcos to trend before the French premiere.

The takeaway: Educate your audience. Think of social media as a companion text for your show. It’s not just a place to say, “New episodes are up! Tune in now!” It’s a place where you can share custom content that will enrich and inform the viewing experience.

The ‘80s supernatural thriller “Stranger Things” has a built-in marketing advantage: It evokes feelings of nostalgia. Those emotions can help viewers connect with the show and associate it with positive childhood memories. In fact, the Journal of Consumer Research found that people even spend more money when they’re feeling nostalgic.

“Stranger Things” tapped into these emotions with its marketing campaigns. One day before the launch, for example, the show hosted a four-hour livestream on Twitch, during which influencers played video games in an ‘80s-themed basement. But there was a twist: Twitch users could vote on creepy, “supernatural” events to interrupt the gaming, like flickering lights and flying books. At the end, viewers were treated to eight minutes of the first episode. 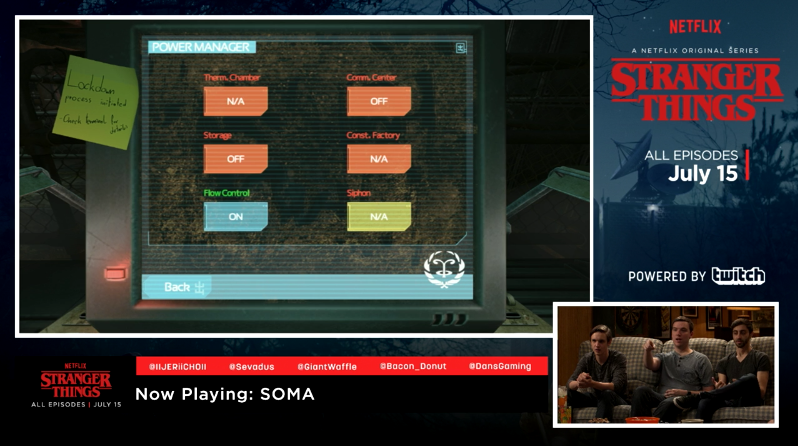 Once the show launched, “Stranger Things” used Twitter to interact with fans and create personalized graphics. For instance, the account responded to Tweets with GIFs that spelled out the answers in Christmas lights—a nod to Joyce Byers’ innovation in the series.

The account even offered custom responses in different languages for fans across the globe. But @Stranger_Things wasn’t the only one having fun with these GIFs. The show eventually gave fans the tools they needed to create their own graphics and keep the conversation going. 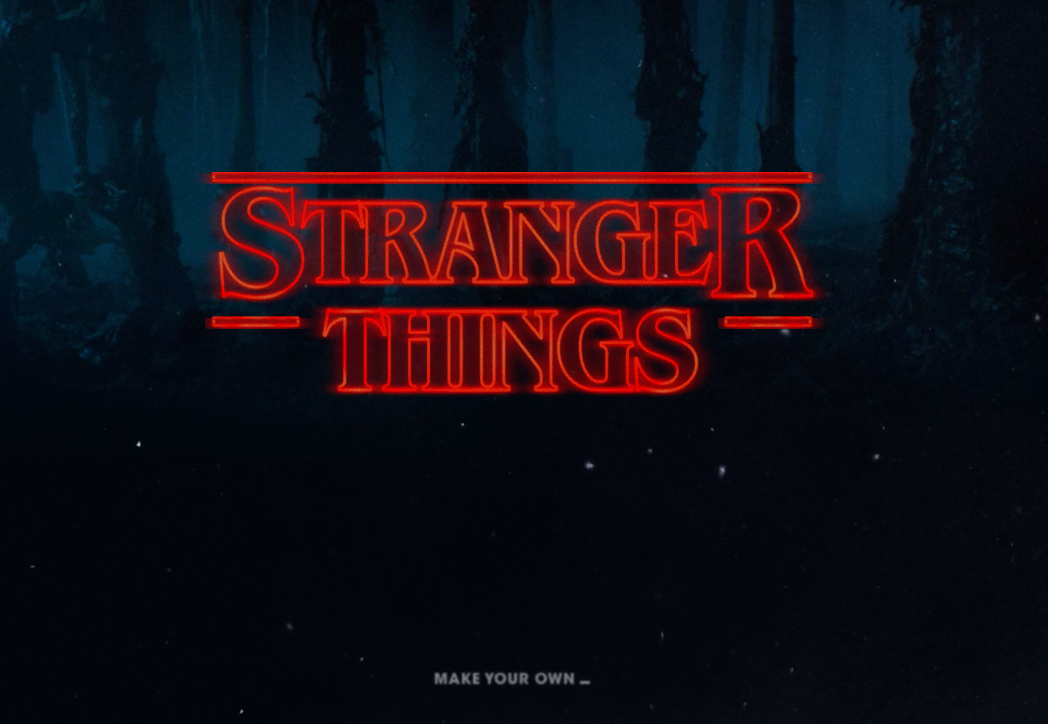 After the show had been on Netflix for a few weeks, “Stranger Things” published a 360 virtual reality video on YouTube. This interactive experience allowed viewers to explore the first floor of the Byers home—where much of the supernatural action goes down—and experience the thrill for themselves.

The video now boasts over 1.4 million views and counting.

The takeaway: Put the power in the viewer’s hands. On social media, it’s not enough for marketers to say, “Hey, look at what we can do!” They need to share their bag of tricks so customers can have some fun, too.

The Power of the Second Screen

Social media isn’t just a second screen for TV watchers; it’s a first screen for people who want to dive deeper into their favorite series. That means TV show marketers have an opportunity to engage fans with custom content outside the confines of these 30- or 60-minute programs.

As these four shows prove, the possibilities for social advertising are nearly endless. If marketers understand their target audiences and key platforms, they can create unforgettable experiences that leave people on the edge of their seat—even after the show is over. 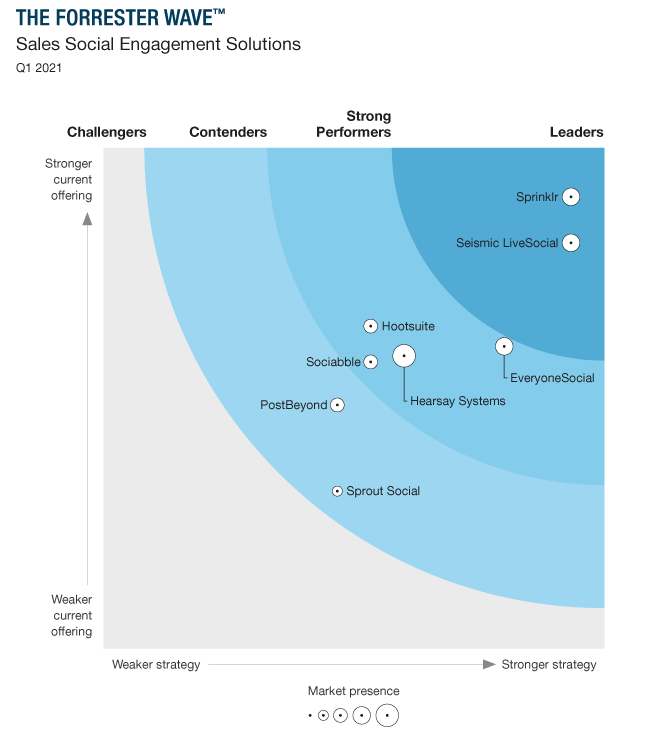